The powerful HandBrake video converter recently released version 1.3.0, including Discord presets and a number of other enhancements below. 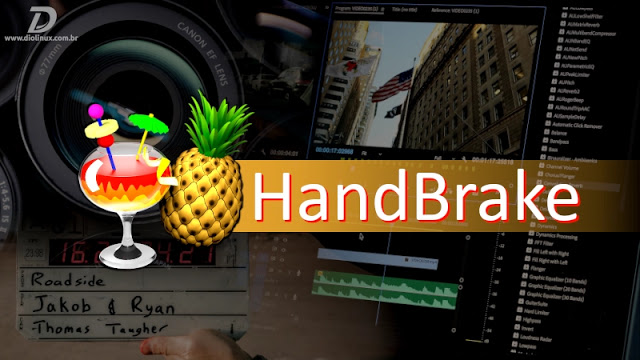 The HandBrake, about which already wrote here on the blogis a traditional video converter in the Linux world. Alongside similar software, such as Curlew and SeleneThis is one of the most powerful and complete software of its kind available for the Penguin system. Having compatibility with a wide range of formats and tools such as .mp4, .mkv, FFmpeg, x264, x265, among others.

Developers recently released the excellent number of enhancements that are featured in this version of the software, of which we highlight:

Added options for opening coding records and directories to action menus in the queue window;

Added a dark theme to the software in Windows 10

Improved naming behavior of exported files, and overwriting of files;

Added function to test notification sounds when choosing them;

Added the option to perform an action without a countdown after conversions are over;

Includes the option to import / export the queue, which had been removed in a previous version;

New security measures related to low battery and low disk space have been implemented, namely: Conversion jobs are automatically paused upon detecting a low level of battery charge, then the system sleep mode allowed, and the conversion automatically resumes when the power cord is plugged in. File conversion also pauses automatically when it is detected that available disk space is too low;

HandBrake now requires as a minimum requirement to install MacOS in El Capitan version or higher;

The software now runs in sandbox, and makes use of MacOS hardened runtime;

HandBrake's process priority has been updated to low priority to avoid potential crashes while the conversion jobs are running;

Added translations for the following languages: French, Italian and Russian.

In addition to the above, presets have also been added for the Discord and Discord Nitro on versions of all three platforms. 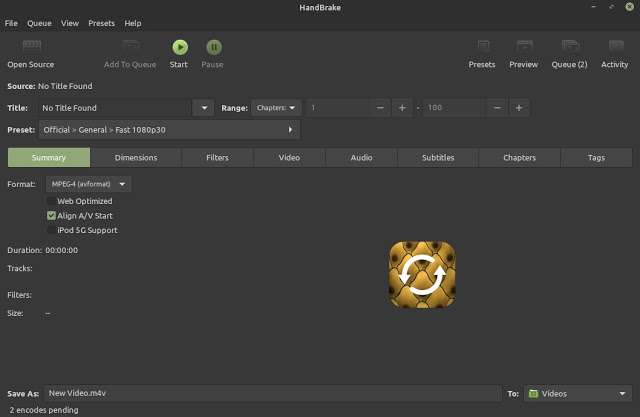 We highlight several of the most notable improvements, but many more than these have been implemented in this new version of the software. You can check the list of enhancements, in full, in release post version 1.3.0 official on Github.

HandBrake is available from major district repositories, and can also be installed via Flatpak by accessing the Flathub software page, or via the command below:

If you don't know what, or how to work with Flatpaks, check out our tutorial about the subject. Remember that after installing Flatpak support, you will need to add the Flathub repository, which can be done with the command below:

Do you already know or use HandBrake? Or maybe you know of some other video converters that are available for Linux and are as good as, or better than, HandBrake? Tell us in the comments! Do you like Linux and technology? Got a question or problem you can't solve? Come join our community in the Diolinux Plus!

This is all folks!