Hacker shows how to install Ubuntu on Nexus 7

With the release of Ubuntu for Phones causing media dawn, speculation began to surface about which device the system would ship. 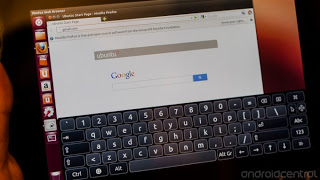 Of course, there is always someone who does not want to wait for the official product release and already has a way of having the Ubuntu experience on Nexus 7.

The YouTube channel of Hak5 shows how to install Ubuntu on Google tablet and shows its main functions, lean back in the chair and enjoy as the video has almost half an hour and obviously in English.

This shows once again the malleability of Linux and Ubuntu by flying larger and larger flights.

And although this type of installation is very common to see, since Android meets the needs of users very well, to my surprise, in the Ubuntu Wiki itself there is an official tutorial for installing Ubuntu on Nexus, just access this link.