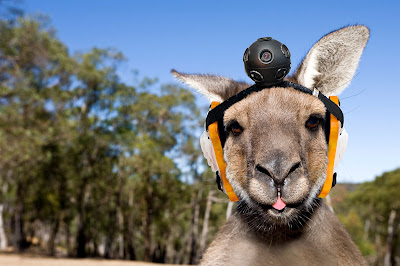 Google announced that it had found a way to travel across the vast Australian continent – especially in complicated places for cars and bicycles – by equipping kangaroos with a 360-degree camera on their heads.

“We are happy to announce that Google has found an innovative way to capture a new special collection of images for Google Street View. Over the next four weeks, more than a thousand kangaroos will be equipped with a camera that will automatically capture images when Marsupials are on the move during the day, ”explained the company on its official blog.

“The cameras will be powered by solar panels sewn into the back pocket of jackets customized for the animals. The images will be sent to Google in real time. A GPS tracker built into the jacket will match the kangaroo’s location to ensure the accuracy of the image as soon as it is uploaded to Street View. ”

“To guarantee a unique experience – and to avoid seasickness – we have also developed software that will smooth the leap effect on raw data. Users will be able to move backwards or forwards on Google Street Roo in a similar way as in Street View, see an example: ” 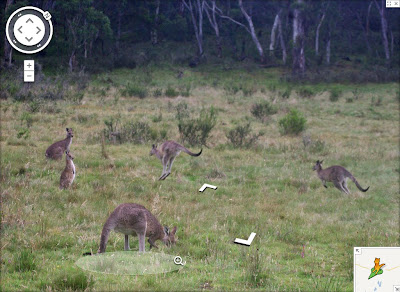 “The deployment of Street View Roo will begin today and we believe that 98% of the Australian countryside will be captured by Google Maps in three years,” said the company.