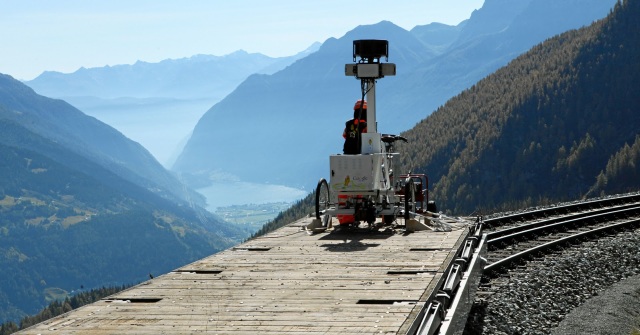 After facing the streets of the world, the narrow locations of Europe, the dangerous paths through the snow and venturing through the Amazon, Google Street View is now preparing to face yet another challenge for its technology: capturing images with the help of a train .

In partnership with UNESCO to offer virtual tours to one of the World Heritage Sites, Google sent one of its Street View tricycles to travel by the Rhaetian Railway in Switzerland and capture the breathtaking view of the Swiss Alps.

With the help of one of Google’s operators, the tricycle equipped with the panoramic camera was tied on top of a special wagon to record no less than 122 kilometers of beautiful 360º images, including 196 bridges and 55 tunnels.