If you look for apps from developer Google Inc., now Google Play Music can now enter your smartphone's app drawer. The Brazilian Play Store already offers this player for Android, and although the Google Music service is not yet available here in the country, you already have some features when you download the Google Play Music Brazil app. 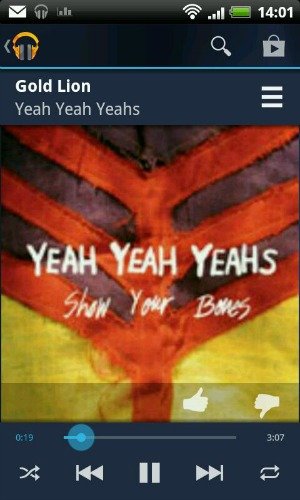 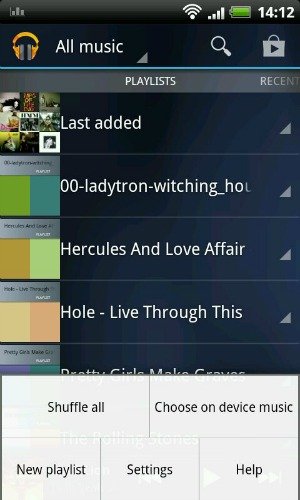 The Google Play Music app serves as a tool for accessing music purchased and stored in the Google store, as well as a shortcut to buying entire albums or random songs in MP3 format. However, as the Google Music service has not yet been launched in Brazil, users do not enjoy all the functions of the application. In addition to the main shortcut function for the Play Store, storing up to 20,000 songs in the cloud has won many fans, including me; allows streaming on mobile devices; works offline; and share a complete list of music with your friends on Google+.

The free Google Play Music app runs on Android 2.2 and up. To download the application access the link below:

In due course, today the Google Music service was released in Germany, so I could have my first experience on how the application integrated with the service worked. First impressions are the best possible and here is a list of highlights:

Only one negative point so far, to integrate the application with the service, you need to enter the data of your credit card. Although nothing is charged, it still seems abusive, as it could keep me logged in by email and if I wanted to buy any albums, I would inform my bank details just now. 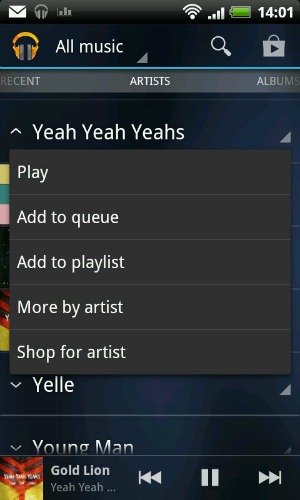 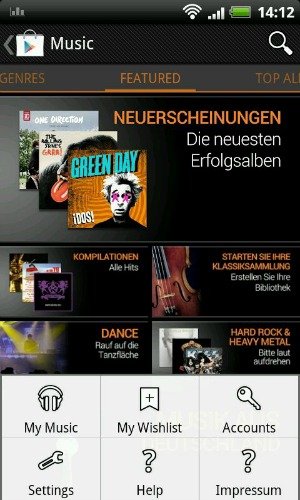 According to Hugo Barra, Google's executive, there is a possibility that Brazilian users can count on the purchase of music paying directly to their mobile phone bill, without using a credit card and this should only apply to postpaid customers. This would avoid registering a credit card to use the service. Point to Google Brazil if this really happens this way.

I believe the launch of the app on the Play Store makes us very close to the Google Music service, it just seems like a matter of time now.

And you already downloaded the Google Play Music app? What is your opinion about the resources still limited here in the country? Let us know about your first impressions in the comments below.

During this week, I will test the app and the service and bring a more critical view of both, stay tuned.