As iPad sales began on April 3, Google launched an improved interface from Gmail to the device. “With the launch of the iPad, we are launching a two-panel trial user interface to take advantage of the large rectangular touchcreen screen,” the company said at the time.

Now, to make life even easier for Apple gadget users, Google has made a new enhancement to the Gmail message editing screen.

In place of the previous screen division, which forced the user to type a new message on half of the iPad screen, now a kind of pop-up loaded, and the user can enjoy the entire screen to write or reply to their emails. . 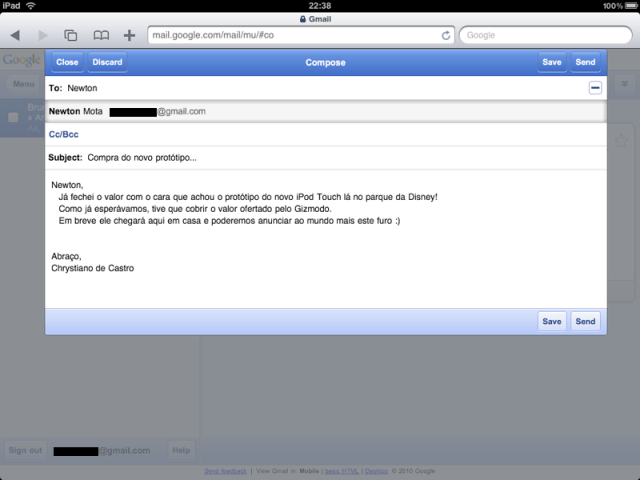 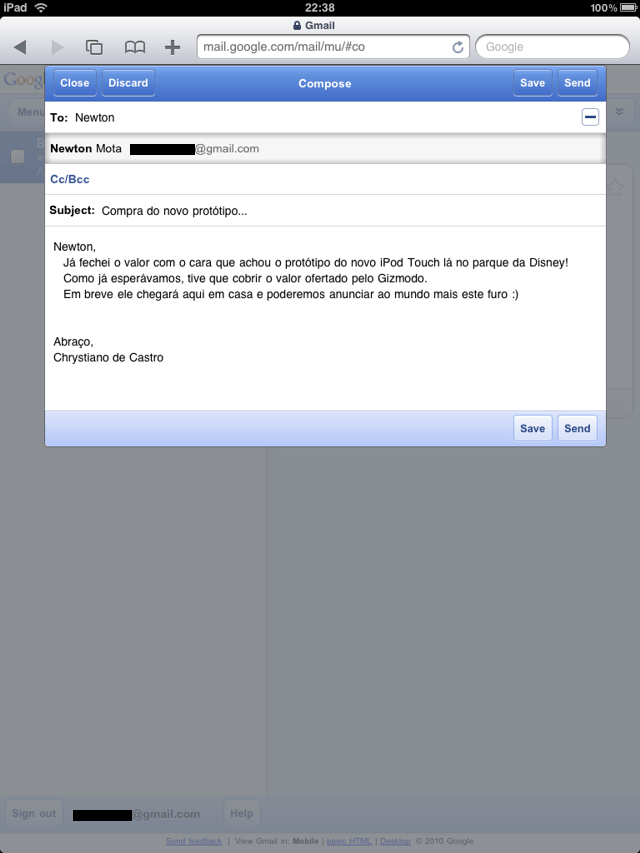 Below you can see the big differences between the two formats. 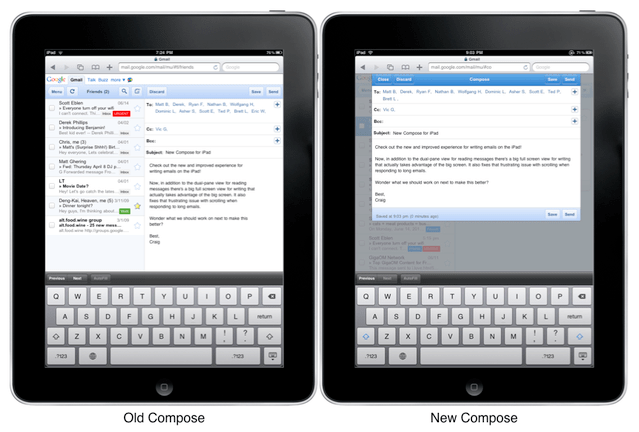 Google also claims to have fixed an issue that prevented users from rolling messages when they were too long.

Thanks to the reader Chrystiano de Castro by sending the images!