I am totally in favor of updates to applications that give users a more beautiful and dynamic look, a more pleasant and new usage experience, I said new features. But, following the example of what has already been done in the iOS version, the GetGlue team decided, in addition to recreating the app “from scratch”, to get the version for the green robot from several options.

In addition to a really more beautiful look and the addition of a new personalized guide to accompany TV shows, films and sports, improved recommendations on the best shows and films, the developers decided to remove the check-in options for books, music and games , in addition to the famous check-in for food that I, as a good chubby, always use. In addition, the old integration with Foursquare has also been removed from the update. 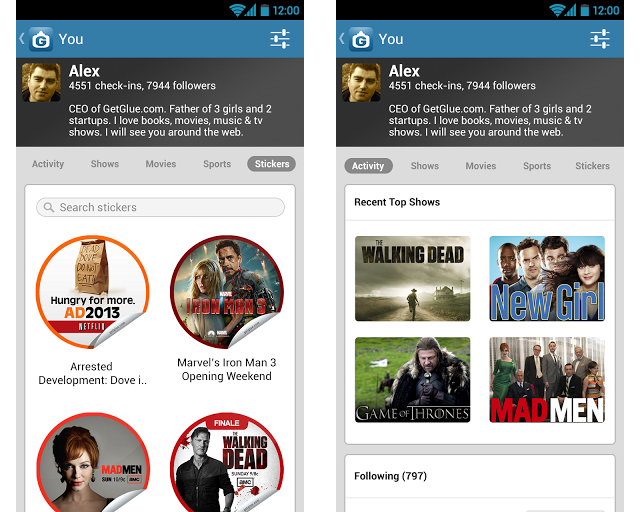 Particularly, even with a cleaner look, the loss of the resources that I used most discouraged me completely to update the application. Until the current version stops working (I hope it takes a long time), I will continue with my good old full version. 🙂

GetGlue is available for free on Google Play.