Last month, the president of FoxconnTerry Gou said the company would open a factory in the U.S for creating LCD screens. It was believed that the screens produced would be for TVs and monitors, but now the Wall street journal suggested that the unit will manufacture LCD screens for iPhones.

About two weeks ago, the Taiwanese company announced that it would invest $ 10 billion to build a factory in Wisconsin, which would generate about 13,000 jobs in a period of six years. However, this news created a nuisance in the local population, as the state would have invested $ 3 billion just for the company to settle there. Governor Scott Walker then went public to say that the factory would make the site a technology hub, attracting investment as well as generating plenty of jobs. 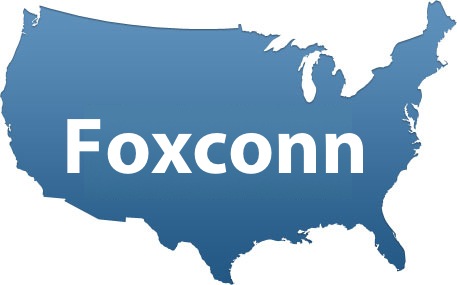 In the midst of political discourse, the WSJ He stated that this would be the first such facility in North America and that it would manufacture LCD screens, those used in iPhones. It is not known, however, whether this was said to be just a gamble or whether there is any real information that production over there will be focused on it.

Something to reinforce this idea, we have the speech given in October by the president of Sharp (the second most powerful executive at Foxconn), Tai Jeng-Wu:

We are building new OLED screen manufacturing facilities in Japan. We can manufacture them in the United States, too; If our main customer requires us to manufacture in the US, how can we not?

That is, if there is already a glimpse that OLED technology also has installations in the US, it makes good sense that this first unit also makes screens for iPhones. As we know, even if the new iPhone gets an OLED screen, surely LCDs will still be used on other models even in two releases of 2017, such as the so-called “iPhones 7s / 7s Plus”.