You will finally be able to play video games using mouse and keyboard without the need for an adapter or third party software. At least what Microsoft said about the Xbox One. The company has announced a list of 14 games that will get official support to play using the peripherals soon. 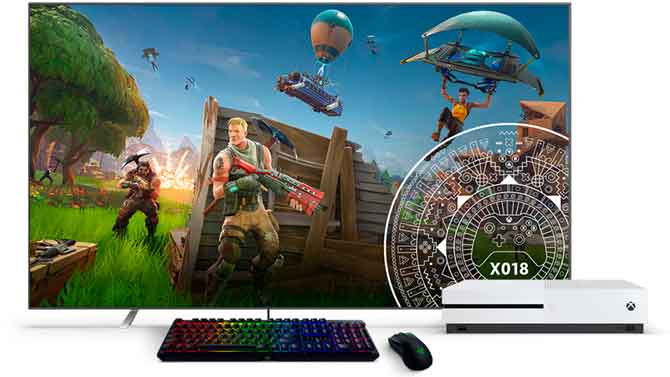 The announcement was made during X018 and among the best known games on the list we can mention Day Z, Warface, Warframe and Fortnite. Check out the full list below.

In addition to announcing the games that will be compatible, Microsoft has also announced a partnership with Razer, a maker of computer peripherals, and promises to introduce new devices for the deal in January.

And how do competitive shooting games look?

The most recent statement involving keyboard and mouse use on Xbox One this February was by Mike Ybarra, Microsoft's vice president. Asked about the use of peripherals, he replied that the video game allows a ban on codes and that it is up to developers to bar or not to use these devices.

There are currently adapters to play with mouse and keyboard, but the idea is to make all games compatible natively.

Microsoft is also working to make games available for both Windows and Xbox One play both without platform distinction, including in competitive modes like Rocket League