For obvious reasons, FileMaker there is no fanfare that others Apple's subsidiaries get paid, but there it is, every year religiously updating its platform for creating custom databases and apps for businesses and users. By 2019, of course, it could be no different.

O FileMaker Pro 18 for macOS was released yesterday with some very interesting news for platform users starting with a redesigned interface, with the same visual logic as ever but a number of enhancements spread across the software to make it more modern, intuitive and accessible.

The data import window, for example, has been completely redesigned: it is now possible to simply type a few letters of the desired value to start an automatic import instead of just using the drag & drop You can even specify custom delimiters when importing certain types of files.

Other updates to FileMaker Pro 18 include a tool for comparing file versions, plus steps to create scripts that read, write and manage external data files, and more.

In the security field, we have a new managed access feature which allows developers to assign management of certain parts of an account or project without necessarily providing access to other parts of the file in question. In addition, the Security Management screen has also been redesigned, with clearer and more accessible options.

In FileMaker Server, files are now automatically recoverable after a hardware or software failure. Already in FileMaker Go, it is possible to configure the opening of a specific app at software startup.

All the news about FileMaker 18 can be seen in detail on this page. The software can be purchased from the company's official website for $ 616 in its individual license or for $ 225 as an upgrade (from any version of the platform to FileMaker Pro 15); There are even team versions for periodic values.

FileMaker Go 18 is available for free on the App Store. 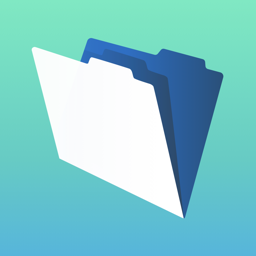