Still in the top 5 are other famous apps such as Messenger, Facebook and TikTok, respectively. The data is compiled by SensorTower consultancy, which specializes in application activity research, and maintains a website with monthly results. Data do not include results on game downloads. 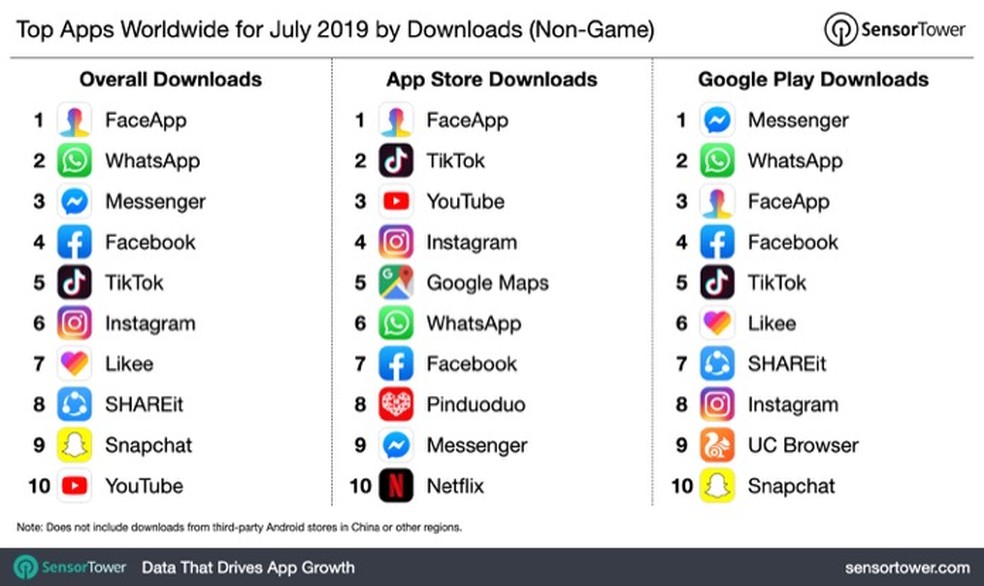 The big surprise of the ranking is in the first place. In previous months, FaceApp has not even appeared in the top 10. However, recent interface updates and application algorithm improvements have taken the tool back to the top, including among Brazilian users. According to SensorTower, the countries with the largest number of FaceApp downloads were India and the United States.

In addition to leading overall results, FaceApp also ranks first in the most downloaded apps in the App Store and third in the Google Play Store. The Google store had Facebook Messenger as the most downloaded, closely followed by WhatsApp. The consultancy records only the number of single application installs.

In the list, there are applications not known to Brazilians. This is the case with Likee, a tool that lets you insert filters into videos before sharing on the web. SHAREit, which appears in eighth position, an Android application that lets you share documents between devices using different operating systems.