Here and now everything you need to know about AMD drivers on Linux.

You're that guy who saw the live from Diolinux at Twitch, and through her learned that, yes, Linux runs games? You just installed your first Linux distribution and it's time to run your games with your AMD GPU, but which driver to install? How to know which one is installed? And which one is the best? 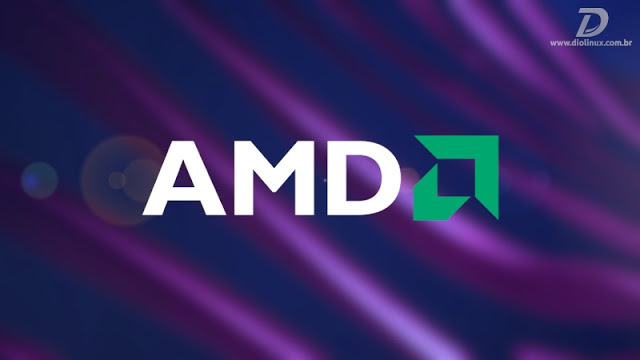 Managing AMD drivers on Linux-based systems is very simple, but there is still a lot of misinformation about the Internet. A large part of novice users end up mistakenly learning that the video driver for AMD GPUs on Linux is just the Mesa Driver. When, in fact, not quite. In addition to Mesa Driver there are also three more drivers available for AMD GPUs, namely: Radeon, Amdgpu and Amdgpu-pro.

Driver Table: Mesa Driver or Mesa3D is a cross-platform graphics API implementation that works with Open Source drivers from AMD, Intel and Nvidia graphics chips. On Linux the Mesa Driver is responsible for implementing – read: ready to work – the OpenGL and Vulkan graphical APIs.

Radeon: This is the legacy Open Source video driver for AMD GPUs. Thus, the driver used in the older chips of the brand. All Radeon HD 2000, 3000, 4000, 5000, 6000, 7000, and 8000 series video cards, as well as some R5, R7, and R9 series models use this driver by default on all Linux distributions. In addition to the fact that the Radeon driver generally outperforms its successor (Amdgpu), it also does not support the Vulkan API.

AMDGPU: Amdgpu is the latest Open Source video driver for AMD and is the default for all the latest cards in the brand. It has full Vulkan support and the driver that has the best gaming performance.

AMDGPU-PRO: Amdgpu-pro is included in the Radeon Software package, and that driver that can be downloaded from the AMD website, however, is not installed by default in any major distros. Amdgpu-pro can be a good choice for anyone working with audio, video, image, or 3D modeling software. However, when it comes to games it does not perform as well as its alternatives, and is definitely not recommended for the average user. Precisely because it is not focused on this type of user, its current version, 19.03, only compatible with Ubuntu 18.04.3, Red Hat Enterprise Linux 8.0 and 7.6, CentOS 8.0 and 7.6, and SUSE Enterprise Linux 15. Amdgpu-pro s can be installed on compatible GPUs running Amdgpu.

All Linux distributions that are intended for end users – Ubuntu, Linux, Mint, Manjaro, Deepin, etc. – already have the Mesa, Radeon, and Amdgpu drivers installed by default. You simply do not need to install anything.

How do I know which driver I am using?

No matter what your GPU model is, it certainly makes use of the Mesa Driver, but how do I know if I'm using Radeon or Amdgpu?

a very simple query! Open a terminal and run the two commands below in the following order:

The commands will return the following:

Kernel driver in use: This will display the name of the driver you are using, Radeon or Amdgpu.

Kernel modules: Here you will see which drivers your compatible graphics chip is. Radeon, Amdgpu or in some cases both.

Some models of Radeon HD 7000, HD 8000, R5, R7, and R9 series cards are compatible with both drivers. However, support for Amdgpu in these experimental models. Therefore, the Radeon driver is enabled by default.

As has been said, besides the Radeon driver has poor performance, it also does not run Vulkan. Therefore, if you intend to play games with Vulkan as well as get better performance on those GPUs, you will need to activate Amdgpu manually.

Already published here on the blog a article teaching how to enable Amdgpu on all models that support both drivers, as well as listing which models are these.

Should I update my drivers?

The Radeon and Amdgpu drivers are included with the Linux kernel. Therefore, they are automatically updated whenever the kernel is updated. So you might be wondering: Should I update my Kernel to get the latest drivers? Does that give me more performance?

Mesa Driver is already installed by default in most Linux distributions, but it is not inserted into the Kernel. As such, it can be updated individually. Which is recommended if you use a fixed release distro such as Ubuntu or Linux Mint.

To learn how to update Mesa Driver on Ubuntu and Linux Mint see this article.

If after reading the introduction to Amdgpu-pro in this article you noticed that it fits your user profile and decided to install it at your own risk, follow the instructions below:

Obs.: The tutorial below was done on Ubuntu 18.04.3 LTS. The installation process may differ slightly from other supported distributions. 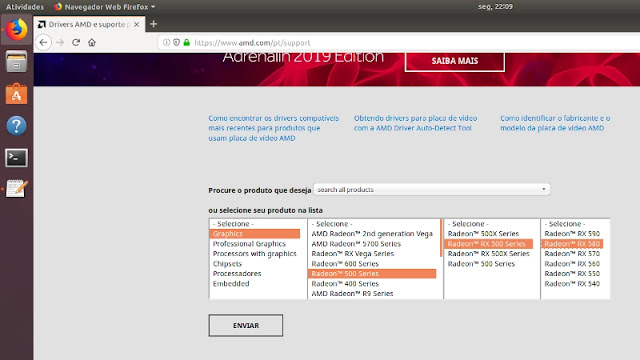 The driver is available for four Linux distributions and generally does not work on its derivations. Choose which version you want and click Download. 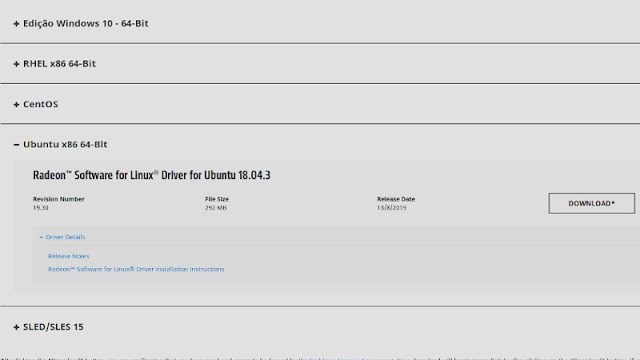 After the download is complete, extract the contents of the extended file .tar.xz that you downloaded. Open the folder in which the files were extracted. Locate the file amdgpu-pro-install, right-click it, v tab Permissions and check the checkbox Allow file execution as a program. 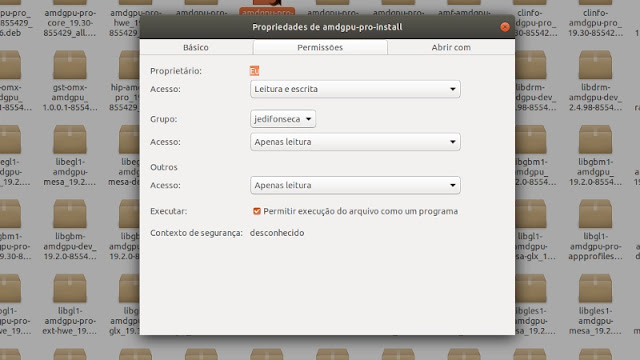 Right click on any blank area inside the folder where the amdgpu-pro-install file is located, then click Open in terminal. 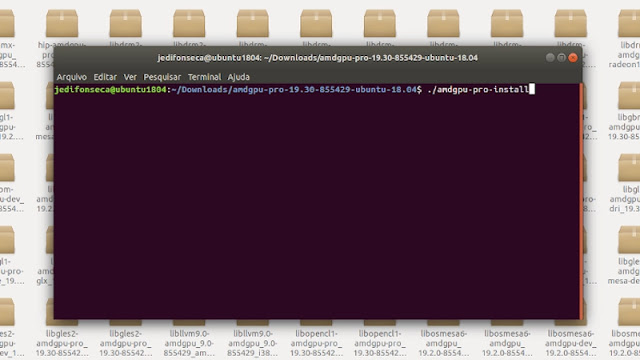 Inside the terminal type the following:

Press Enter and wait. The installation may take several minutes.

Once the installation is complete, restart your computer. Okay, the Amdgpu-pro driver is already installed on your machine.