If you haven't found it yet, this is the app Dubsmash, which fell in the grace of several celebrities here in Brazil and facilitates the process of dubbing an audio whether it be a piece of music, a commercial, an internet song, excerpts from a soap opera, funny phrases that marked some character (borders) and for Hawaii. 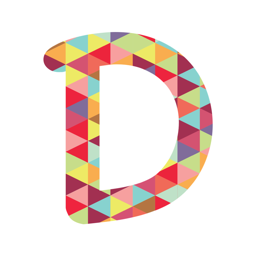 Among the celebrities who have already made videos, we have some such as:

Who never imagined themselves as Darth Vader speaking "Luke, I’m your father" ("Luke, I am your father") with that voice in the mask, or even Buzz Lightyear, character from "Toy Story" saying "To infinity and beyond!". Well, these and several other phrases are available for you to dub in this application that works in a very simple way:

The sharing options available in the app are WhatsApp, Messages, Facebook or save location on the device, with the latter you send wherever you want. As most did, videos infested Instagram.

According to the Dubsmash website, there are now more than 20 million voice actors around 192 countries.

Making your registration you can also upload sounds for you and other people to use, just a little knowledge to edit parts of a sound that you find interesting and have fun.

As not everything that comes into the taste of some people avenges me, I don't even know when Dubsmash's fashion will last. I bet not much on social media because, in my view, it bothers people a little bit in timeline. It was funny in the first days, but it gets tiring after a few videos that you watch, but I think it will last for a while in closed groups, WhatsApp style, in the middle of a group discussion or to "screw" a friend for several years very funny voiceovers that fit well to break the ice or enhance a conversation.

Not even celebrities made videos, many were popular too and I couldn't be left out. I decided to make one using a phrase well known to readers of MacMagazine:

Now with you: post links to your videos in the comments below!