Still fresh ink, due to the recent launch, the new mobile platform from Microsoft is generating enthusiasm among Portuguese companies and programmers who focused on application development, but also some doubts. TeK knows that dozens of companies are working on the platform and that some have already secured the necessary approval from Microsoft to sell their applications.

Last week it was announced that Carmobili was the first company that had passed the certification sieve and that it had put its loyalty card management application on the mobile phone in the store for Windows Phone 7 (WP7). Mobi2Do also joined this list, receiving approval for the game Samarium Wars. 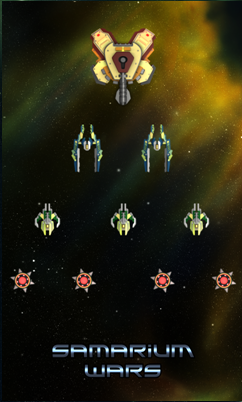 The company wanted to celebrate its first anniversary with the launch of this game, since it coincided with the launch of WP7, explains Miguel Santos, founder of Mobi2Do. But, it is developing applications for all mobile platforms. In one to two weeks, the Blackberry application and the Xbox version of the Game will be launched. In the pipeline are also the iPhone and Android platforms.

Although “officially” Portuguese users cannot yet use the Windows Phone 7 Marketplace – which is only available for countries where the mobile platform is already fully located – some “tricks” can help to download free applications, as TeK has already written last week, when he listed some of the most interesting ones.

National application companies are interested in this new market, not only among the Portuguese, but above all the global access guaranteed by the Marketplace, similar to what happens with Apple stores and the Android Market, among others.

Miguel Santos, however, tells TeK that he had some difficulties to implement the plan to launch the first Mobi2Do application on Windows Phone 7. Notably in the lack of available mobile phones to test. “Microsoft has not provided any way to get the device so far,” he complains.

Showing interest in the development for WP7, Pedro Morais, one of the founders of bitrzr, told TeK that the platform has a lot of similarities with Apple’s in terms of code, which was welcomed, but also revealed some concern with rumors of that only applications that are located in Portuguese may be accessible to the national market, which would limit the number of tools that Portuguese users would have access to.

The company, which just yesterday saw its Cube application certified for the new iOS4 from Apple, intends to port this time and expense recording tool to other platforms and Windows Phone 7 is also in the sights of the next bets.

But there are also those who, for now, do not show great enthusiasm for the platform. NDrive, which last year defined the development of its navigation software for mobile platforms as strategic and which has already shown success in the Apple store, entering Nokia’s Symbian, Android and Ovi, confirmed to TeK that it is not developing the application for Windows Phone 7, without giving any details.

At the international level, the adhesion to the new platform starts to be more intense, surpassing the traditional programmers who developed “professional” applications for Windows Mobile. The arguments of ease of development and an audience more interested in leisure weigh the balance, although there are also critical voices regarding the company’s certification policy.

And although Microsoft has not yet released sales figures, they appear to be below expectations, with the information that only 40,000 units will have been sold at the premiere in the United States, which does not help the desired massification …

These accounts do not go into the issues pointed out by Miguel Santos to TeK, which has the advantages of the new Microsoft platform to underline, namely “ease of development, available features, integration with the Web, reuse of already known and tested bookstores”, all elements that facilitate the development and adaptation of applications for Windows Phone 7.

Then the success of the application is made by the number of downloads that are achieved. Mobi2Do points to a minimum of 10 thousand downloads so that the investment is interesting versus the cost, but the objectives are placed above this number.

We leave below a video of Samarium Wars, produced by Mobi2Do, which shows the operation of the game in WP7.

Editorial note: The news was changed because, contrary to the intentions mentioned several times, the company currently only bets on Windows Mobile, Symbian, iPhone, Android and bada platforms.