About a month after launching its first in the United States tablet, Dell lifts the veil over a new device of its kind, but with a more generous display. The revelation came from the company’s executive director, Michael Dell, who took advantage of yesterday’s intervention at Oracle Open World, in San Francisco (USA), to show the prototype of a new tablet.

Without providing details on characteristics, date of availability or probable prices, the manager limited himself to introducing the new equipment to those present – while talking about the evolution that the devices undergo to keep up with consumer needs, such as access to their data anywhere and anytime, reports the blog company official.

The moment was captured by photographers from agencies like Reuters, whose image we reproduce below. 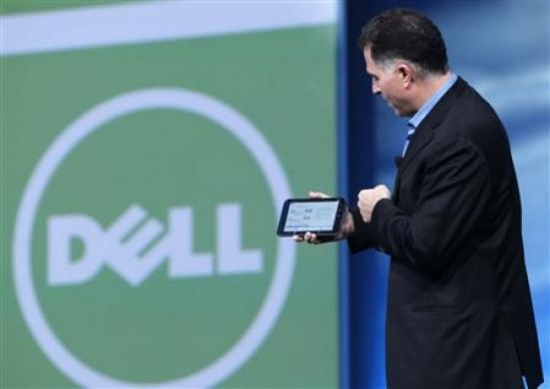 Although without official confirmation regarding the tablet which will follow Streak, the specialized media risk that the device shown coincides with the one that leaks from Dell had revealed to be being developed in April, the Looking Glass.

According to the forward at the time by Engadget, it has a 7-inch touchscreen, NVidia’s Tegra 2 processor, Android 2.1 operating system and a module (optional) that will allow you to watch TV on your tablet, in addition to a camera 1.3 megapixels, like the one integrated in Streak. The same source said November was the likely month for launch.

The first tablet from Dell reached the European market first, debuting in the UK in June. In the USA it started to be sold in August. As TeK wrote, it features a 5-inch screen and allows you to make phone calls, so many argue that it is closer to one smartphone in size XXL than properly a tablet.