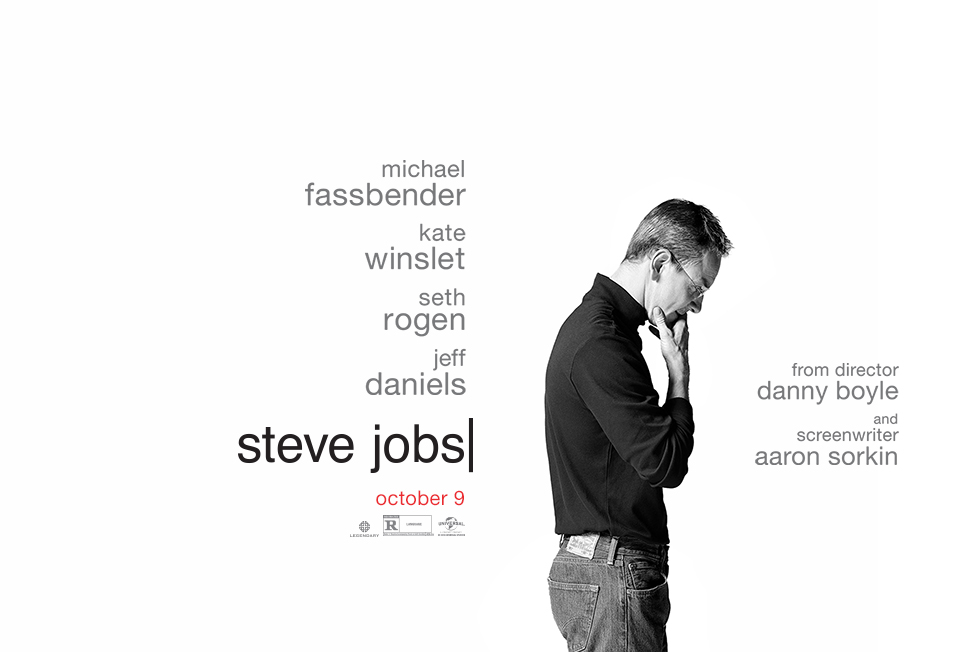 The film «Steve Jobs» (directed by Danny Boyle, scripted by Aaron Sorkin and starring Michael Fassbender) s debut in the United States on October 9 in Brazil, according to IMDb, only on January 21, 2016. But we already said here that before that it would be shown at some festivals, such as the New York Film Festival.

Because last weekend he was shown at the Telluride Film Festival and some critics like Justin Chang (from Variety), Todd McCarthy (from The Hollywood Reporter), Sasha Stone (from TheWrap), among many others went there to check everything up close and really liked what they saw.

The idea is not to go into the details of their opinions, but it is good to know that practically everyone approved. Chang even compared it to «2001 – An Odyssey in Space» due to the development of a sophisticated structure quite different from the standard we are used to seeing around.

McCarthy and Stone, for their part, gave high praise to Fassbender’s performance. It didn?t take long to put him as a possible Oscar nominee for Best Actor, no wonder Fassbender isn?t in the least concerned about not looking like Jobs. Even Steve Wozniak (co-founder of Apple and who did not like the film ?jOBS?, starring Ashton Kutcher) praised the film despite not having seen it all, Woz watched a part of the film and, for him, the performances did believe that he was seeing Steve Jobs and company there, something he fully credits to Boyle and Sorkin according to deadline.

But what really caught our attention was a technical resource used by the production that shows the level of care and details, something we are used to with Apple. In his review, Chang praised the decision to film the three acts in different formats. While the Macintosh part (in 1984) was shot at 16mm grainy, the second act (NeXT Computer, in 1988) was shot at 35mm glossy and the third (iMac, in 1998) in high definition digital format.

As Chang said, the kind of thing that might go unnoticed by most people watching the movie, but the kind of detail that Jobs himself would appreciate.