Clix is ​​the national operator with the best prices in terms of broadband Internet offers. At least to evaluate the performance achieved in the last comparison of the Spanish authority that regulates the telecommunications market.

The report by the Telecommunications Market Commission provides a comparison between the cheapest offers in each of the 27 countries in Europe, for the residential segment. Clix appears in the sixth place on the table for broadband accesses with a throughput speed from 10 Mbps.

According to data collected in June of this year, the price charged by the operator over the Internet of 24 Mbps was 16.5 euros per month (excluding VAT), being below the 22.7 euros monthly of the European average. The best ranked in this category is Deutsche Telekom with the offer it makes available in Slovakia, which costs 13.1 euros per month (for a speed of 10 Mbps).

The Spanish regulator also offers a comparison based on “prices adjusted by purchasing power parity” (PPP) in the various countries. In this analysis, Clix maintains the 6th place, but with an estimated cost of 19.4 euros / month, in a ranking where the average is 25.2 euros monthly. 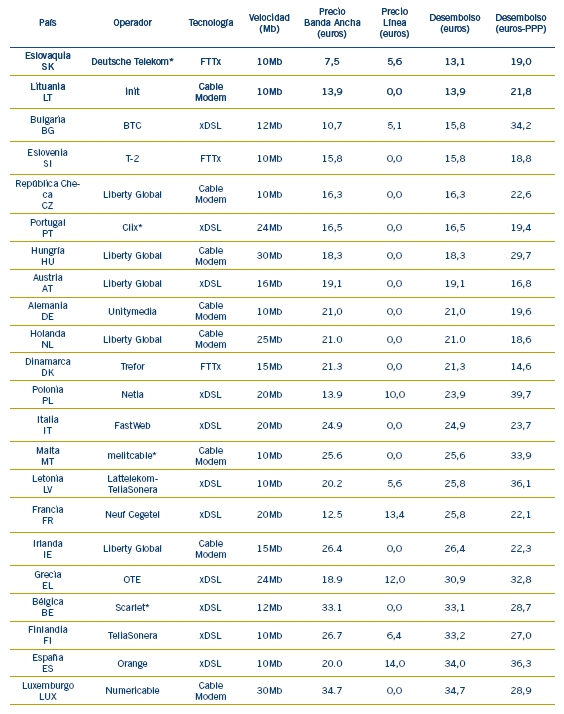 When comparing services with speeds between 2 Mbps and 9.99 Mbps, Netcabo (Zon) offers 5 Mbps chosen to represent our country. The monthly fee of 28.8 euros is well above the average (22.7 euros / month) and is worth the 15th of the European price list, ranked from the cheapest to the most expensive. When analyzed in the light of the purchasing power of the Portuguese, the value rises to 33.8 euros, with the average monthly payment standing at 24.6 euros. 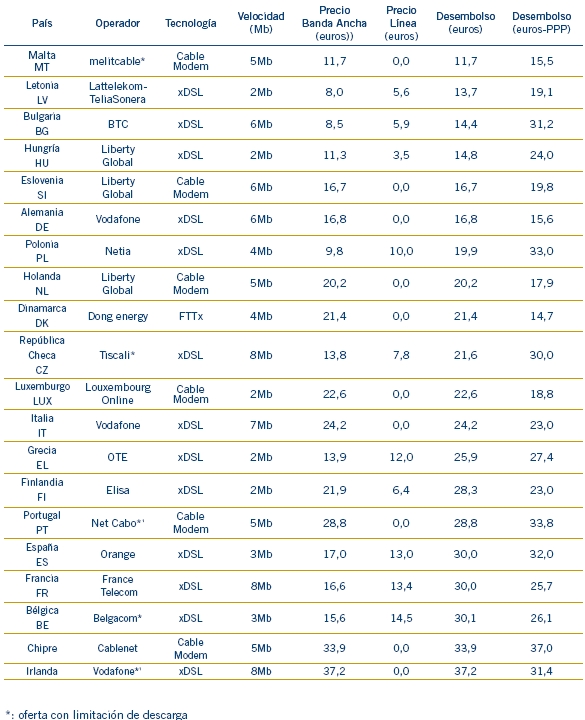 As explained in the report, the prices indicated are calculated based on the sum of the price of access to the network (subscription to the telephone line) and the amount charged for broadband service. VAT and the amounts charged, for example, for the rental of equipment, such as router.

Editor’s Note: The news was corrected in the designation of Internet speeds.