The sensation is impressive for those who regularly play instruments but above all for those who have never gone beyond the assistance of a classical music concert. The sound and the oversized images guarantee an exceptional dimension to the experience that takes advantage of a space never before used in the Museum of Design and Fashion.

The project is called Re-Rite and places visitors inside one of the most prestigious orchestras in the world, guaranteeing the possibility of interacting with the orchestration of the piece “A Sagração da Primavera” by Igor Stravinsky.

The interactive multimedia installation will debut this Sunday at the Design and Fashion Museum (MUDE), in Lisbon, where it will be open to the public, with free entry, until January 23rd. 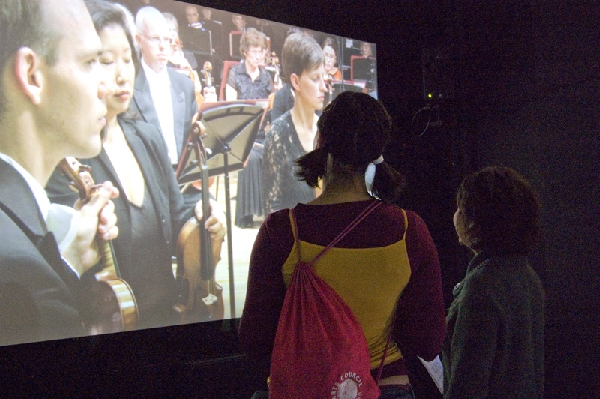 It is the first time that this exhibition has been shown outside the United Kingdom, where the idea was born around the Philharmonia Orchestra, with the aim of overcoming the barriers that exist between the public and the orchestra’s musicians.

Richard Slaney, the project’s coordinator, parallels the experience that is intended to provide visitors who have no experience of playing musical instruments and the Guitar Hero game. “We knew that many visitors never played instruments and that it was difficult to integrate them with such a large group of musicians. But everyone can play Guitar Hero. That was one of our inspirations,” he told TeK.

The multimedia installation uses video images from the Philharmonia Orchestra, filmed in high definition using 29 cameras and microphones placed next to each instrument section. In the exhibition, the instruments have dedicated rooms, with the percussion room, clarinets and bassoons, violins and violas and French horns, but also with the possibility for visitors to assume the role of conductors and to control the mixing of sounds in the region. 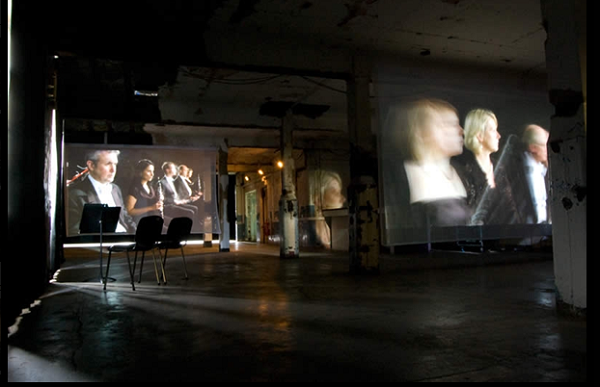 The projections of the videos in the installation are made in a larger size than normal and accompanied by the sound, which invades the entire third floor of the MUDE.

The technology used is from Samsung, which is already an international partner of the project. Richard Slaney explains that in each of the rooms he has a computer that manages the images and the interaction with the visitors and that everyone is connected in a network. The flash is used on touchscreen screens so that “participants” can control the music. 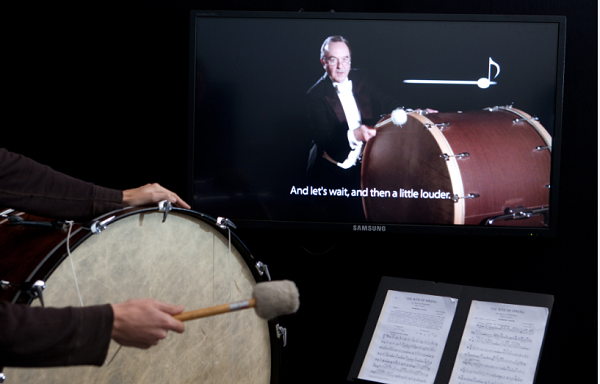 The Rite of Spring is one of the most important pieces of classical music, with many layers of instruments and great dynamics, which makes it ideal for this type of exhibition. But Richard Slaney argues that the ideal experience involves visiting the multimedia installation and then being able to listen to the same piece live, which is possible next week with the presence of conductor Esa-Pekka Salonem and the Philharmonia Orchestra at Gulbenkian and Coliseu dos Recreios.

The project has a website explaining the basis of the re-rite, with statements by conductor Esa-Pekka Salonem and a reference to the prizes already received for the multimedia installation.

Take the opportunity to watch the video about this exhibition that we reproduce below.