Three months after the adoption of Apple's Mini DisplayPort standard by VESA, finally a third-party company decided to launch a monitor with the compact interface: Collins America today announced three CinemaView monitors, but they bring a look somewhat known to us, see below. 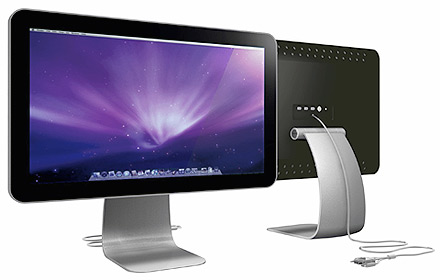 The products are expected to hit the market “before September 1” this year.

(Tip from Csar electro Moniz, thanks!)