(Updated) The first devices with Google’s Chrome operating system will only be available in the last quarter of 2010, the company confirmed yesterday. The source code is now available so that the open source community and developers can contribute to its development, in the Chromium project.

When Google announced the project, it defined the second half of 2010 as the target date for its commercial availability. Initially, the user interface was announced later this year, as well as the opening of the source code.

Seen as a potentially challenging Windows, Chrome OS is designed for people who spend most of their time surfing the Internet and not really for an application focused on productivity or leisure tools. 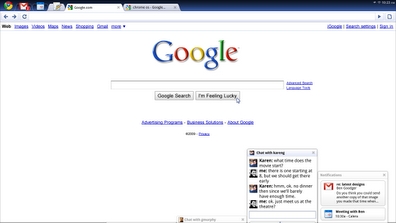 Based on the Chrome browser, the operating system is focused on searching for information but also on communication, as can be seen from the images already available. 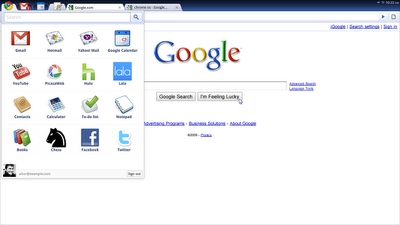 According to Google, it will be possible to turn on the computer almost instantly, accessing the Internet and tools in a few seconds. Security is also one of the keywords, with programs running within a secure sandbox that offers greater protection against viruses and malware.

The Chromium project, which was announced yesterday, is divided into two components, one aimed at developing a faster and safer browser, Chromium itself, and one dedicated to the operating system, the Chromium OS, through which programmers can access the latest version of the code in order to participate in its development.

More details about Chrome OS-compatible equipment will not be revealed until mid-2010, Google engineers said yesterday, although the company already has several industry names enlisted to make the operating system available.

Anyone interested can subscribe to an alert to receive an email when the operating system becomes available.

See also the video of the operating system presentation and a demonstration made yesterday.