Drones are gaining diverse uses and increasingly surprising, it is very likely that in the not too distant future they will occupy cities with varied functions, involving deliveries, transportation in general and even surveillance. A Chinese company has revealed that it is testing a small drone capable of attacking, made for street surveillance and can recognize people and cars, being able to shoot both. The name chosen for this small flying gun Tianyi, and can be used outdoors or in busy cities.

Among the great technological highlights that the aircraft will bring are infrared with night vision and can cooperate in military missions at night and also in night security patrols. To make this drone even more powerful, it has 50mm missiles that can be fired from a distance of up to 1km. Its intelligent system allows it to be able to shoot through windows. 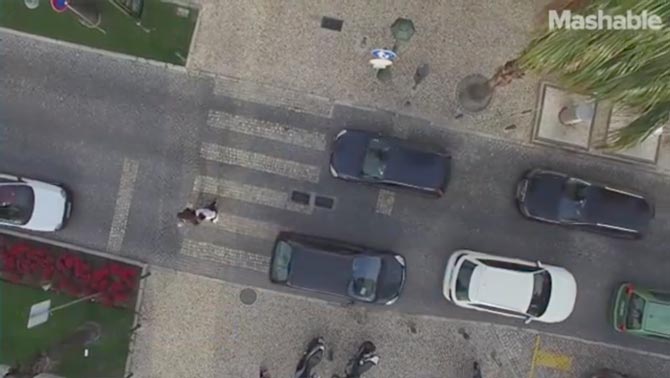 Despite its manufacture in China, the manufacturer expects to be able to ship it worldwide. However, in the Asian country it may have immediate developments, taking into account the technologies deployed on the streets of China in recent years. Chinese protest the lack of privacy and control of the streets through face recognition technologies, which is still limited due to its aesthetics. If this type of drone is equipped with face recognition technology, this could be a big nightmare for the Chinese who are already dissatisfied with the security measures imposed.

Gradually drones begin to take on varying roles with the promise of helping us every day in the United States, New York city councilors advocate using drones to inspect buildings with the idea that high-risk accident buildings could be checked. hours after a complaint.