Despite having some published apps, we practically only see news from the developer Tapbots related to its flagship: Tweetbot. More specifically about his version for iPhones / iPods touch, since the Macs gets quite spurious updates and the iPads version is, for now, abandoned.

Now the guys decided to ?resurrect? an app that I really like: the Calcbot.

The novelty that the calculator has just arrived Mac App Store, with an interface designed for OS X Yosemite and all the features we can expect from it: history on tape (detachable), visualization of mathematical expressions, scientific functions, constants, rounding for coins and more.

A nice thing from Calcbot for Mac that it incorporates conversions, as if Convertbot (another Tapbots app) had been merged into it. In addition, it has favorites, cool sounds and animations, as well as synchronization via iCloud. 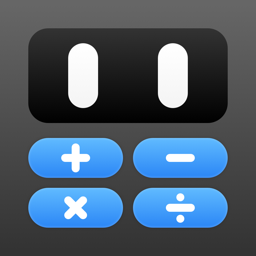 Calcbot for iOS has not yet been updated, but according to Tapbots its version 2 will finally be released soon.

Personally, I find it shameful what Tapbots has done with all its apps. Calcbot for iOS hasn't been updated for over a year and hasn't even been adapted for 4-inch screens, yet. We hope that this scenario changes, from now on.