Black Friday 2018 takes place this Friday (23) and brings many real discounts, but it also has promotions in the style "half the double". There are prices that days before are inflated to appear cheaper on the date of the event, products that remain at the same value, offers that supposedly expire in minutes, but remain on the air for days and even items that are more expensive.

READ: Mobile the product with the most complaints on pre-Black Friday

The ReclameAQUI website has already collected 2,224 complaints regarding Black Friday offers from 11am last Wednesday (21) until 6am this Friday. 12.6% of complaints deal with misleading advertising. Then, respectively, divergence of values ​​and problems in the finalization of the purchase Whether by mistake or bad faith, several virtual stores once again offered to sell products with unrealistic prices, living up to the nickname of Black Fraud that the promotional day won in Brazil. dnetc has collected some of the most bizarre discounts in this edition. 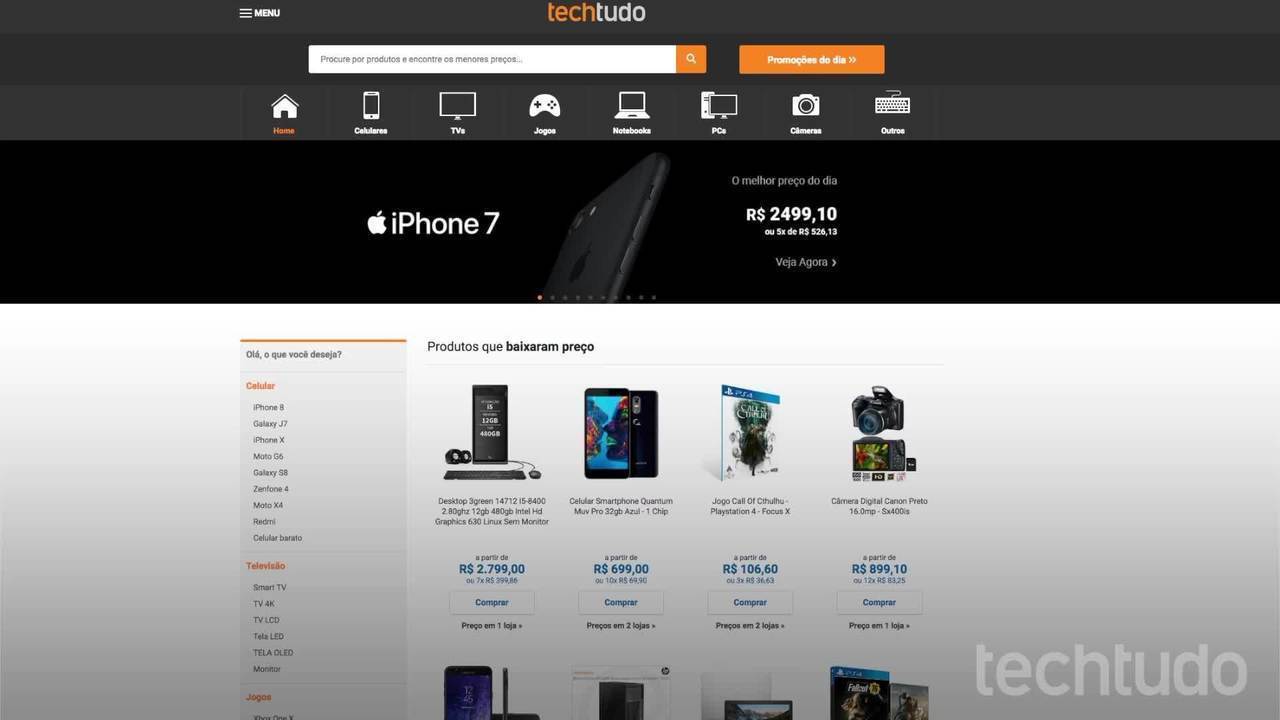 Launched in 2016 by Sony, the Xperia XA smartphone has already had a very low cost, reaching an average cost of R $ 700. On Black Friday, however, Extra.br, which was one of the stores already charged this amount, decided to offer the cell phone for R $ 1,911. an increase of 188%, as detected by the website ReclameAQUI. The Xperia XA is a little old phone, with modest configurations by today's standards: Android 6.0, 16 GB of storage, 2 GB of RAM, 5 "screen and 13 MP camera.

Compare dnetc's price history shows an increase in the value of the Xperia XA as compared to Black Friday. Photo: Reproduo / dnetc

Motorola's famous line is already approaching its seventh generation, but some of its predecessors are still successful among users looking for more affordable intermediate devices. the case of the Moto G4, which a month ago was sold by Casas Bahia for R $ 899, according to ReclameAQUI. J this Friday, the item had a significant increase in the online store rose by 127%, going to R $ 2,039.

As in the case of Xperia XA, the value is totally incompatible with the specifications and the age of the cell phone. The Moto G4 also from 2016 and has Android 6.0, 16 GB memory, 2 GB of RAM and 13 MP camera.

New smartphones also do not escape "Black Fraud". Current top of the line Samsung, the Galaxy S9 Plus could be found for R $ 2,849 this Thursday (22), according to Zoom. On Black Friday, however, the lowest price displayed by the price comparison is R $ 3,149 in various online stores.

4. Multilaser vacuum cleaner with a discount of 49 cents

Not even on smartphones and gadgets does Black Friday live. A fan of the event, the MadeiraMadeira website is selling a red automotive vacuum cleaner from Multilaser for R $ 42.49. The previous price? R $ 42.90. What a discount. The offer does not include freight, which costs R $ 30 to Rio de Janeiro, for example.

Freights are sometimes used as a strategy by stores to mask false or bad discounts. The price of the product falls, but the value of the freight goes up. It may have been what happened with Kingston's 16 GB pen drive sold for R $ 37 by Magazine Luiza. According to a report by a Twitter user who tried to buy the device the day before Black Friday, shipping was six times more expensive within a few hours. In the morning, it was R $ 10, but in the afternoon it was R $ 62.

The Amvox ACA150 amplified box is available on Amazon for R $ 249, but what draws attention is the suggested price of R $ 36,990. In this way, the consumer would have 99% discount, savings of over R $ 36 thousand. Qcompra, the company that sells the item on Amazon's website, clarified that the above-normal price was caused by "an integration error with the Amazon platform" and that the suggested value "was not filled by the company". The case has already been resolved.

A Galaxy Tab, an old Samsung tablet with simple configurations, was sold in the Ponto Frio marketplace in September for R $ 899. Now, in the middle of Black Friday, R $ 300 more expensive, for R $ 1,199. The product has an 8-inch screen, 16GB of storage, 5MP camera, Android 5.0, Quad Core 1.2 Ghz processor and comes with an S Pen.

8. Cicatricure Cream with higher price exposed in the ad

Even pharmacies have entered the wave of promotions, but the offer of this anti-aging cream highlighted on Ultrafarma's website is not very promising. The Cicatricure Creme 60g ad itself shows that the price went up, instead of falling, going from R $ 43 to R $ 46.

Focused on gamers, the powerful memory for HyperX DDR4 desktop computers of 8 GB and 2,400 Mhz. Here it seems that we have a champion promotion: the piece was sold by Extra.br for R $ 589, but this Friday fair comes for R $ 2,325. Simply four times the price. The survey of ReclameAQUI.

The Adidas Springblade Pro sneakers for women, in pink and black colors, are being sold on Netshoes for R $ 1,199. ReclameAQUI, however, reported that recently the draft was priced at R $ 599 in other online stores. Sought by dnetc, Netshoes explained that the item is not among Black Friday's offers: "Netshoes clarifies that the product in question is not part of the items participating in Black Friday 2018 – which can be noticed by the absence of the indicative seal" Black Friday "that accompanies all the thousands of products included in the promotion, according to the communication and information on the website: https://www.netshoes.br/". In other establishments, tennis can still be found at the value of days ago.