According to information from the newspaper New York Times, the company Google recently invited a number of artists to contribute works to be featured as special themes in the Google Chrome browser.

“Although there is no monetary compensation for these projects, the positive feedbacks we have received so far demonstrate that these projects offer a unique and interesting opportunity for artists to expose their work to millions of people,” explained a Google representative.

However, not everything is flowers: some illustrators and designers have been strongly criticizing the project, particularly due to the lack of monetary return, the New York Times reported.

In response, Google said the project was modeled similarly to the one executed for the iGoogle service, where companies and artists (including Jeff Koons, Bob Dylan and Gucci) contributed images that were used as themes.

Google did not say when the themes will be made available in Google Chrome. 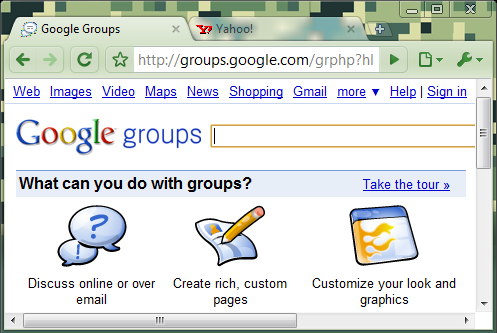