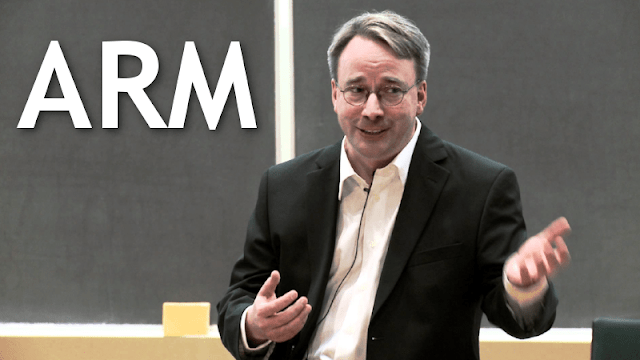 Linus Torvalds, creator of the Linux Kernel, declared in an interview his preference for processor architecture, although ARMs are very popular today thanks to mobile devices, they are not Torvalds’ preference.

Recently Linus Torvalds answered some questions at a Linaro Connect conference, one of which was asking what his favorite processor architecture was, without babbling he replied: x86.

After the answer, Linus was asked why he chose it, especially because of the current popularity of the ARM architecture, used in numerous Smartphones that run Android, which in turn run the Linux Kernel.

Torvalds commented that the long life history of the x86 certainly helps it to have a privileged position in its concept. According to the creator of Linux, all this history means that there is little fragmentation of software and hardware and “things just work”.

For Linus, the infrastructure around the CPU matters more than himself:

“What matters is the entire infrastructure around the instruction set, and x86 has that infrastructure… on many different levels. It has taken a path that no other architecture has managed to take so far ”, said Torvalds.

This explains a little of the fragmentation of Android, where each specification is slightly different from the other, forcing developers to create specific kernel versions for each device, according to Linus, the variety and so great that this is the main reason for not having a version of Android that runs on all devices without distinction.