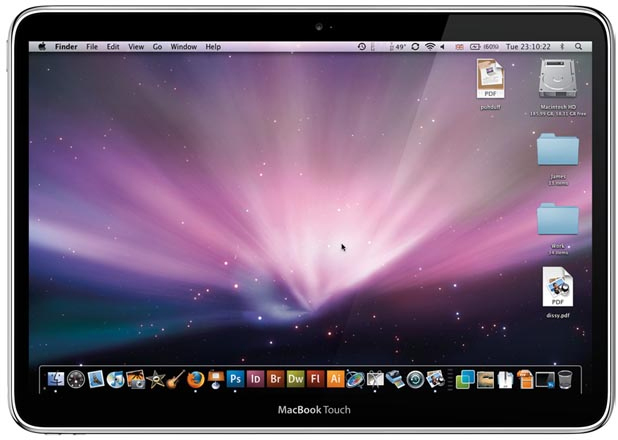 It seems that I was guessing: at the end of my post about the recurring rumors of an iTablet, earlier today, I showed my support for the possibility of it finally incorporating chips from PA Semi, acquired in April 2008 by Apple. Something like this has been discussed for over a year.

According to an article published this afternoon by the VentureBeat, the so-called tablet processor was designed by a team from within Apple itself. After buying the chipmaker for $ 278 million, the Cupertino firm would have split its team of top engineers like Dan Dobberpuhl and Jim Keller into two, one focused on ARM-based portable chips for iPhones and iPods, the another tasked with creating a chip for a tablet / netbook.

Such information, if combined with details of recently discovered patents, corroborate the idea that this iTablet would not simply be a ?giant iPod touch?, that is, it would probably run a lean version (Lite) of Mac OS X 10.6 Snow Leopard itself, preferably. Even so, the hardware used may be based on ARM, perhaps a Cortex A9 with multiple cores, which will enable fast processing with low energy usage.

So, I bet even on a MacBook touch. Or rather: iBook, announced at a special Apple event, who knows at its own headquarters in Cupertino, in the middle of October with a great appearance by Steve Jobs, resuming a keynote after more than a year away from the spotlight. I see the AAPL firing?