After more than two years selling on Apple Online Store, the monitors UltraFine 4K and 5K LG's began to be removed from Ma's stores. Unlike the 4K model, which was completely swept from the US store, the 5K version is still listed but not in stock.

Interestingly, both monitors (UltraFine 4K and 5K) are still available for purchase by the Brazilian online store. In this sense, it is likely that Ma has discontinued the product and continue to sell only the units still in stock; After all, the company has been selling line monitors for some time.

Both the 4K and 5K monitors were designed by LG in partnership with Apple to be used with the 2016 13 and 15-inch MacBooks Pro, the first to support Thunderbolt 3 technology. We even reviewed the 5K version. .

More precisely, the 5K monitor had 27 inches and a resolution of 5120 × 2880 pixels, wide color gamut (P3) and 85W power supply to recharge the MacBook Pro. In the United States, this model is still available from third party stores, such as B&H, Best Buy and Amazon; The 4K model is also available at these stores.

With the discontinuation of Thunderbolt Display in 2016, Apple left the monitor market and began working with third party options such as LG's UltraFine line. That, however, could change soon if analyst Ming-Chi Kuo's predictions come true on occasion, he suggested that Apple could launch a new 31.6-inch 6K monitor later this year. 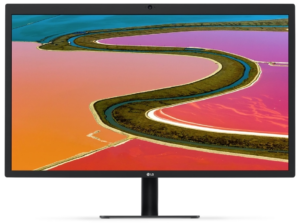 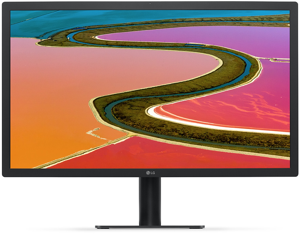