Did you like to follow the HEY app controversy in the last weeks? Well here we are with a sequence in the same molds – this time, starring the yoga app Down Dog.

The application, which has been in the App Store for many years, works like so many others in the store: its free version has a limited set of features and, to unlock all the features, it is necessary to make a subscription (from R $ 26 monthly). Users can try the full service for free for a week. 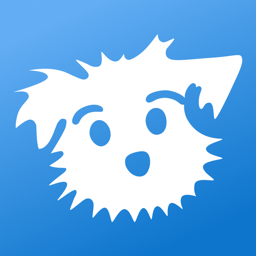 This is where the problem lies: recently, developers tried to send the App Store an update of the application that modified the trials: in this new version, users could test Down Dog and no would be charged automatically after the trial period. Because of this, however, Apple rejected the update.

More precisely, the removal occurred because the app added the trial period option without activating it on the App Store Connect – that’s because the Apple platform requires that trial periods be renewed (and charged) automatically, unless the consumers cancel these tests before they are finished.

The Down Dog developers are against this practice – and they regretted Apple’s decision on Twitter.

The application team spoke more about the decision not to automatically charge users after the end of the testing period, citing that the practice encourages more consumers to test the services and is more user friendly.

More than that, Apple’s refund system (for users who forgot to cancel their trial periods) is flawed, according to the developers:

That is: so that there is no doubt, yes, the Down Dog update violated the App Store rules and was therefore rejected. The discussion here is about the decency of these rules – a discussion that has come a long way since the first developers accused Apple of predatory and anti-competitive behavior.

So far, there is no sign that Apple will reverse its decision or that the creators of Down Dog will again offer a trial period with automatic renewal. Therefore, the impasse remains – and we will have to follow the scenes of the next chapters.

What do you think?