This one for those who find Apple Music a failure: it has already been installed in more than 40 million of devices. At the Android. 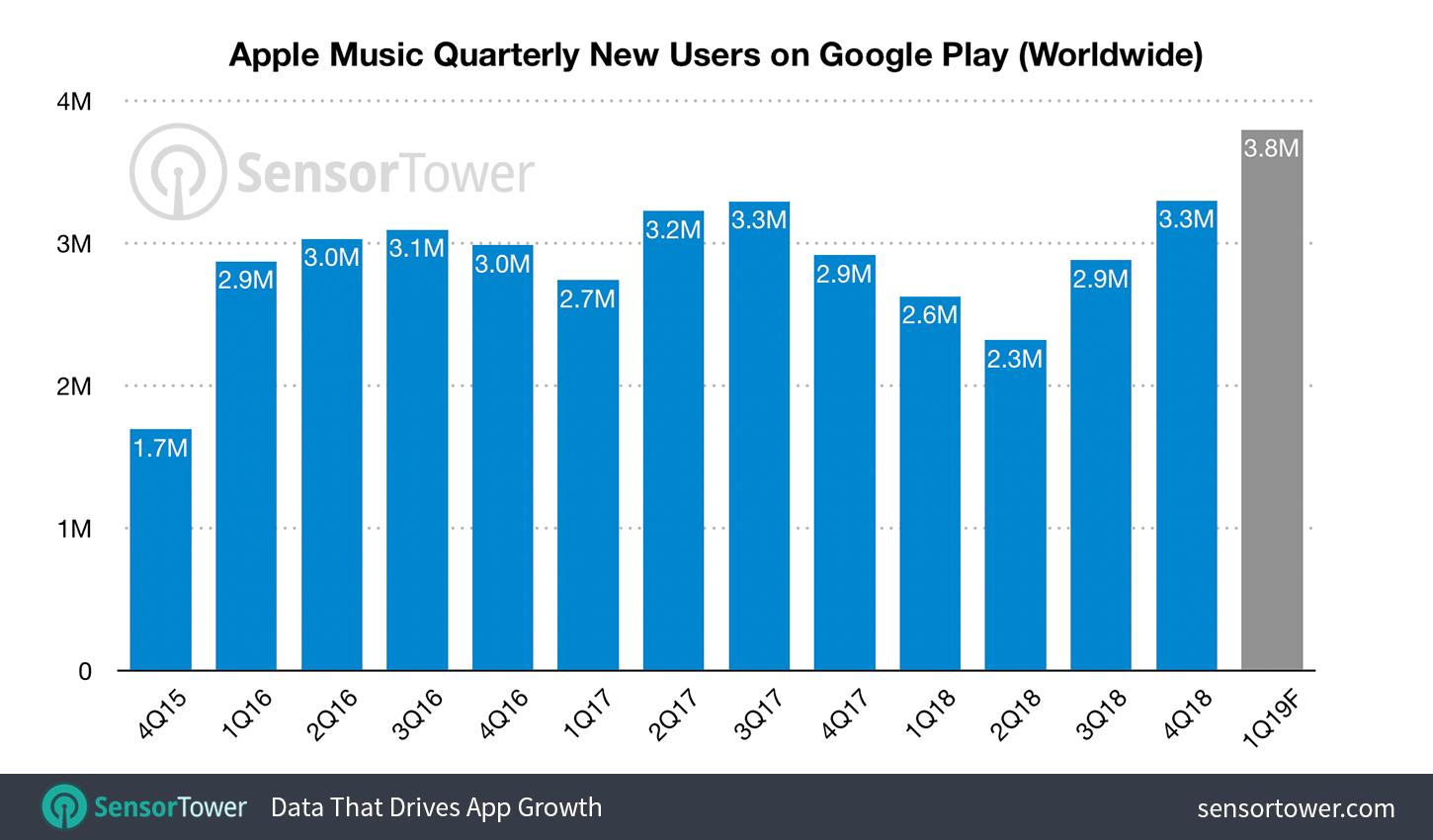 Google Play data, worldwide, was compiled by Sensor Tower, which points out that 28% of the total United States, followed by India, United Kingdom, Brazil and Russia.

Research firm estimates that Apple Music for Android installations will hit a record in the current quarter, reaching 3.8 million (equivalent to 65% annual growth).

Of course, it is worth noting that Sensor Tower has no way of knowing how many of those 40 million have become loyal subscribers. Many may have installed, enjoyed perhaps three months free, and then abandoned. Still, it is still an impressive fact.

In response to all this success, Apple has been doing its homework by releasing periodic updates of Apple Music for Android on Google Play. Yesterday, another important one came out.

The latest version now includes support for Chromebooks and also brings new editorial highlights to the tab. Browsemaking it easy for users to discover new music, playlists and more (as in iOS). It also features traditional bug fixes, of course.