Apple is not really measuring efforts to renew its app. Maps With its own, more accurate and reliable data, and one of the most important parts of this initiative is the company's capture vehicles, which circulate on the streets of cities around the world collecting information. Now, as reported by the 9to5Mac, they are about to reach another country: the Canada.

Apple has announced that Apple Maps vehicles will start rolling around the country in the northern hemisphere summer, which will start next month; A statement published on its official website and in several Canadian newspapers states that the information will be added in a "future product update" and that the company follows all local data collection laws, including blurring faces and license plates on captured images. .

According to Apple, the Canadian invasion of the company's vehicles will occur in all 10 provinces of the country, and work is expected to continue until November 2019. It is not known when the maps of Canada will be updated on the Ma platform, but when If this happens, surely our northern friends will have access to a much wider range of more accurate information and data about their neighborhoods and cities.

Speaking of more information and more accurate data, three areas of the United States have recently had their maps updated on the Ma platform just to receive these news: the states of the Arizona It's from New Mexicoas well as the southern state of Nevada (including Las Vegas). 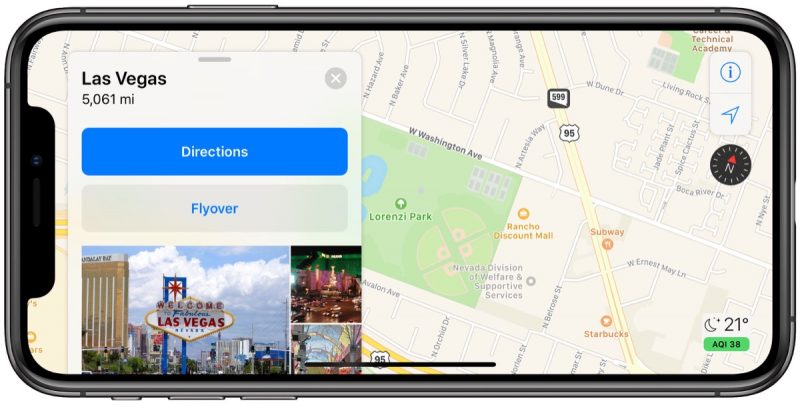 With the news, localities now have much deeper features in terrain mapping. Users can perceive change simply by zooming in on locations: elements such as soccer fields, trees, grassy areas and parking lots are much more detailed, creating a more immersive experience; Search results are also smarter and more proactive.

The improvements are precisely the result of Apple's mapping with vehicles (and pedestrians) equipped with LiDAR sensors. According to 9to5MacNorthern cities, such as New York, will receive the news soon; States such as Alaska, South Carolina and Tennessee are already being mapped since March and will remain so until July.

Will we see these news here in Brazil someday?