Exactly two weeks after the start of the tests, Apple made available today for testing the second beta version of iOS 9.3 (compilation 13E5191d). 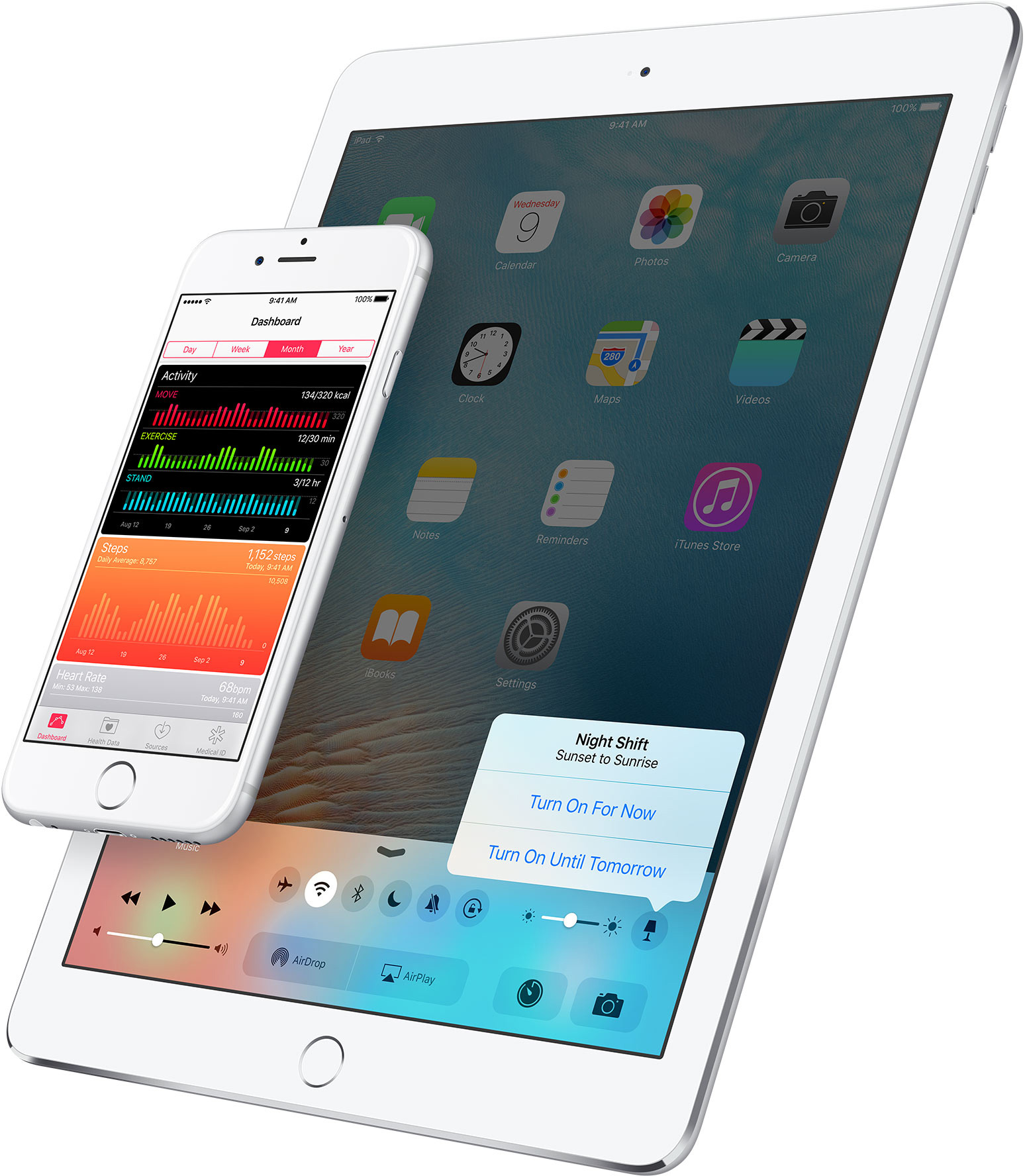 The update comes with numerous new features, so many that Apple even published a special page on its website that was finally translated into Portuguese today. There is, by the way, the image showing the resource icon Night Shift in the Control Center which most likely should already be in this new beta.

If there is any relevant news about iOS 9.3 beta 2, we will update this article.

And really, as the disclosure image on the Apple website shows, the Night Shift is in the Control Center on iOS 9.3 beta 2.

Using the button, we can activate the feature momentarily or until the morning of the next day. 🙂

Earlier today, Apple made tvOS 9.1.1 available to all users.

The Adjustments Night Shift changed a little in the second beta of iOS 9.3:

The short video below shows it working through the Control Center:

Furthermore, according to the 9to5Mac, there is a new section of Media Library within the Settings Privacy area, the option “Set Wallpaper” has disappeared from the 3D Touch shortcuts in the Settings icon and, in the Apple Watch app, now you can see the display configured on each watch on a miniature.

J tvOS 9.2, counts the MacRumors, incorporates full iCloud Photo Library support, including compatibility with Live Photos, which can be seen by pressing the touchpad Siri Remote.

And two more apps got 3D Touch shortcuts on their cones: Calculator and Tips.

THE iOS 9.3 beta 2 it's the OS X 10.11.4 beta 2 they are now also available to users participating in the Apple Beta Software Program.