Do you know all the advancements that Apple loves to highlight in the healthcare area provided by its devices and services? Here is one that will probably never be cited by her, because it is not unique to her platform but is nonetheless very interesting.

Doctors and researchers at Baylor University (in Waco, Texas) have created an application that is able to detect signs of eye disease in children before even professionals in the area. It is the White Eye Detector, now available for free on the App Store and Google Play. 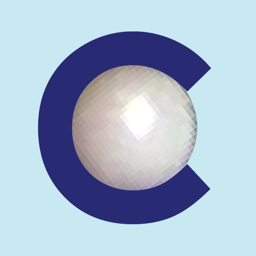 The app is based on the presence of leukocoriaAlso known as white pupillary reflection is a white glow emitted by a child's eyes as it directs a light to his face. The symptom may indicate some serious diseases, such as retinoblastoma (malignant retinal tumor), the pediatric cataract Or the Coats disease.

The operation of the application is very simple and assumes (correct in most cases) that parents take lots of pictures of their children; artificial intelligence system called CRADLE (computer assisted detector of leukocoria, or computer-assisted leukocoria detector) are behind the scans.

By providing permission to access your photo library, the app scans all images on your device to detect those with children who may have a white pupillary reflection. If such images are found, the app will warn the user and guide him or her to look for a doctor for further exams.

The functionality of the application is particularly important because, in the case of diseases such as retinoblastoma, each day counts the sooner it is discovered, the greater the chances of cure, as cancer can progress to the brain in less than six months.

Scientists have tested the app by feeding it about 53,000 photos of 40 children, half of them with eye disease. The White Eye Detector was able, on average, to identify the symptom about a year before doctors. In some cases, the app detected signs of leukocoria in babies as young as 12 days old!

If you have small children at home, it is worth testing the health precautions app, after all, never too much.

via Cult of Mac | image: Shutterstock