Once again Feral Interactive presents Linux users with the release of a major title in the gaming world.

Increasingly, we see that old Linux myth in the game wheel being demystified. Now it's time for Troy, the newest saga game Total war officially launched to the penguin system. The game will be available to players shortly after the Windows release in 2020. 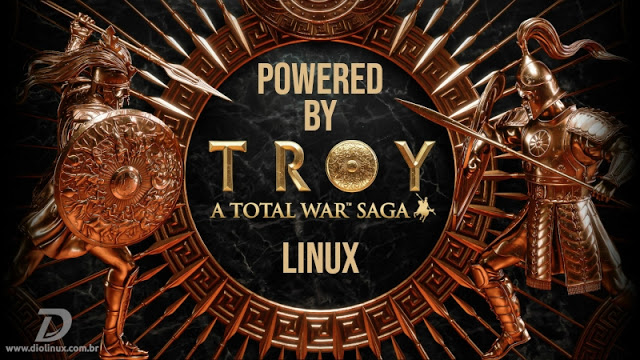 Total War Saga: Troy It's a strategy game, combining elements of: real-time strategy, turn strategy and tactical strategy. The game will be focused on historical moments of the Tria War. The player can experience war from both perspectives: Greeks and Trojans.

The series of games Total warSince its first release has been acclaimed by expert critics and has created a legion of fans. Realistic graphics and a combat that gives the player the ability to make use of the most diverse strategies were key points to make the game the success that today.

The game is ported by Feral Interactive. Company that has been responsible for game ports for Linux and macOS for several years now. Having carried titles triple A as Tomb Raider (2013), Rise of the Tomb Raider, Dirt 4, Hitman, F1 2017, Life is Strange, among many others

Watch below the official trailer for the release of Total War Saga: Troy for Linux and macOS.

Do you know the series games Total war? I was hoping the new Total war come to Linux? I never played the titles of this series, but I confess that after this trailer and news I was quite interested to know her better.

Jedi of Jedielson, not of "Jedai". hahaha That said, in love with music, air, games and technology.