July was chosen as the closet exit for two major Internet companies: Google launched the Legalize Love campaign to inspire countries to legalize lesbian, gay, bisexual and transgender marriage around the world; Facebook has developed new icons to indicate when a same-sex married person on the timeline of social network users. In June this year, a survey released by YouGov found that Android ranked first among the most admired brands in the US GLBT community. For these and other reasons, we've put together a list of Android apps for Gay and Lesbian, check out: 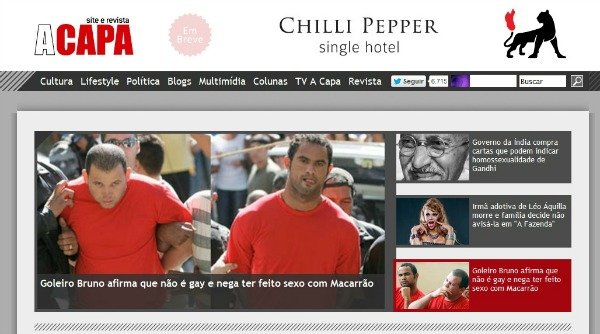 This is the application of the gay site A Capa with news and quick notes about the GLBT scene of Brazil and the world. Fashion, politics, night, celebrities, market, rights, guide, schedule, tourism, parade coverage, photos and more about the gay, lesbian, bisexual and transgender universe in the country is available in this app. The cool is the relaxed and natural way with which the magazine deals with the content. The site is hosted on the portal UOL, has six channels, 29 subchannels and reference among publications aimed at the gay segment in the country, is very worth downloading the application A Capa.

Fashion, style, beauty, lifestyle, pop culture and all the content of the best fashion columnists in Brazil. The Vogue Brasil Mobile app provides information from one of the world's most famous magazines on fashion trends, behavior and news. After all, being well informed and having style goes together. In addition, you share content and save as favorites.

Grindr remains the most famous app among gay men. Installed by over 2 million people the darling of flirting through mobile devices. Perhaps one of the reasons for such success is the ease of use, that is, it gets to the point. When you start the app, you can see a list of photos of the men who are near your location. When choosing a profile, you have information about how far you are from another, height, weight, age, etc. By chat you share images and arrange a date if you are interested, of course. The best part about free Grindr, lets you see up to 100 users, has a favorites section and offers the ability to block or report users. There is also the paid version. With Grindr installed on your smartphone, dating won't be a problem. 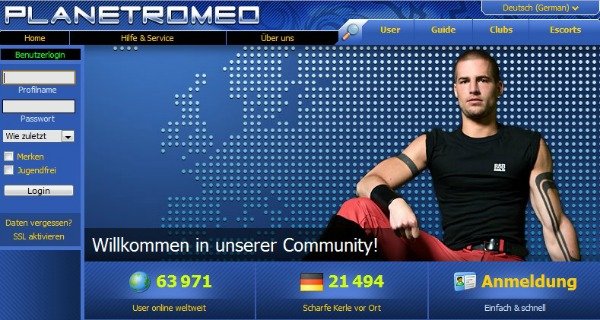 If you have linked the GayRomeo Relationship app, you are already on the right track. Downloading PlanetRomeo, you access your profile on the site and key with the online users. In addition to sending messages, you can see the number of men who visited your profile and the best, who; You can also save them to favorites, upload images and even use the saved searches in the online profile.

This an app aimed only at the most famous women in the Market. I confess that at first it doesn't seem as simple as Grindr and if you're just curious about how it works, besides the paid versions, there is the Girls Date Girls Standart profile with the following features: chat, send messages, browse through the profiles of other users, access the interactive magazine, post or answer questions and advice, read poetry and articles, of course. Premium members have some privileges such as being able to archive data (Hotlist). Interesting proposal, but deserves a review to become less bureaucratic, if you understand me? 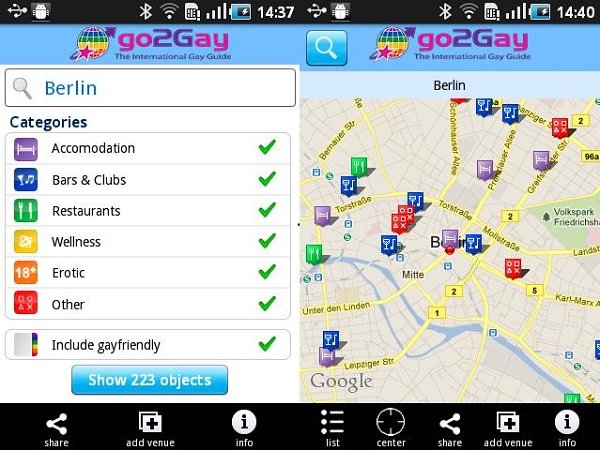 Go2Gay Lite is one of the apps with the most information about gay places in the city. This is an app that works the same way anywhere in the world when it comes to finding hotels, apartments, guest houses, bars, clubs, restaurants, saunas, and other gay friendly places. It is an indispensable guide for those who like to travel without worrying about neighboring.

This app is actually a hint of live radio. GIRL or Gay Internet Radio Live is an online music channel with information about musicians and artists, you can request music and perfect for listening before the ballad. free and super simple to use.

As the name implies, Android Pride T-Shirt is not an app, it is here more for an honorable message. The T-shirt with the Android robot couple holding the rainbow-colored flag became very famous among the gay community. So if you wanted to parade by using the simple Android Pride T-Shirt, just go to the Google Store and make your purchase here.

I'm curious about what you think about the selection of Android Gay and Lesbian apps? All that goes on in the gay scene: up-to-date information, fashion, flirting, travel, music and more you'll find in an Android App.