A recent report by research firm App Annie showed that revenue from the Apple app store will be surpassed by Android by 2021.

Despite the App Store’s current leadership in terms of revenue when compared to Google Play, the various Android app stores are expected to surpass iOS in total earnings.

«The iOS App Store is designed to continue to be the most profitable app store during the period, generating more than $ 60 billion in gross consumer spending through 2021,» says the company.

«However, combined consumer consumption on Google Play and Android third-party stores is expected to exceed in 2017 thanks to its dominant market share for smart devices and strong growth in the installed base.»

Third-party Android app stores brought in $ 10 billion in revenue during 2016, but App Annie expects that number to double to $ 20 billion during this year.

Android app stores include Tencent, Baidu, Xiaomi, Huawei and others. 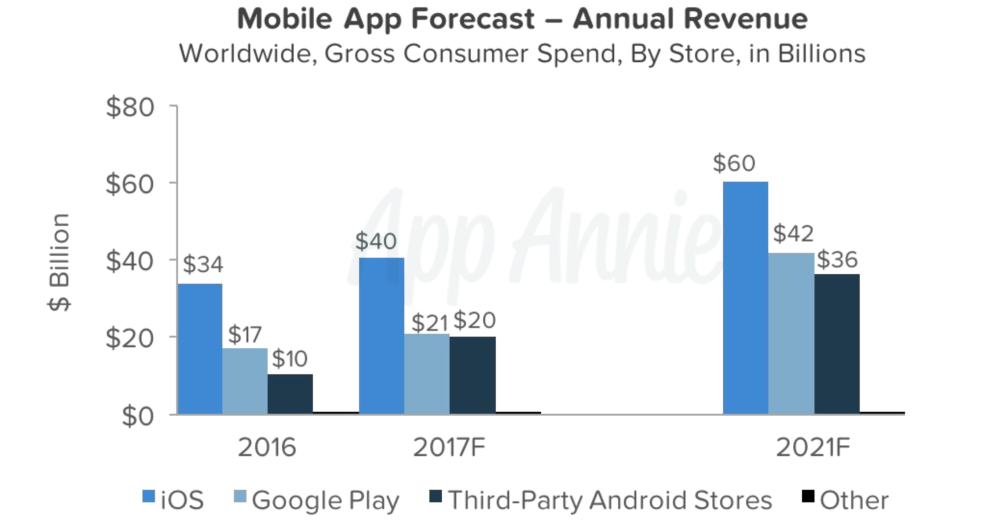