Among the main functions of the new system, is the long-awaited dark mode, which leaves the device’s interface based on black and gray colors, in order to avoid eye strain and save battery on devices with OLED screens and the like. In addition, new features that aim to increase user privacy are also highlighted in the new version. 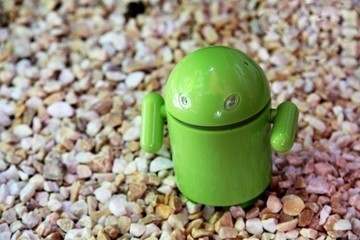 Android 10 is announced at Google event: know everything

According to the specialized website Phone Arena, the Samsung Galaxy S10 line, for example, should receive the update in 2019, while the recently announced Galaxy Note 10 should only be included in the first half of 2020. Other devices from brands like Motorola, Xiaomi and Huawei should receive the new Android version coming soon, according to your own calendars. Also on Tuesday (3), Essential Phone and Redmi K20 Pro began to make the download of the new version available to some users. At the end of the article, check the site list Digital Trends with the phones that are expected to receive Android 10 over the next few months.

The new Android was announced in May at Google I / O 2019, the tech giant’s annual conference. The event also revealed the Pixel 3a, version of its own device with the lowest price. In addition to the nighttime theme and improvements in user privacy, the company guaranteed to have focused on innovation, security and digital well-being. In the last week, Google revealed changes in the visual identity of the brand of its system and the abandonment of the traditional names of sweets. The system, which was expected as Android Q, is now simply called Android 10.

Android 10 marks a change in the tradition of names and the visual identity of the system – Photo: Disclosure / Google

One of the main highlights of Android 10 is the presence of the so-called dark mode. In practice, the feature allows changing the base of the system’s colors to black and dark gray, leaving the screen less luminous and saving the user’s vision. On devices with display OLED, whose technology produces even less light in dark areas, the nighttime theme should still save energy. THE «dark mode«has been announced by several applications, is already confirmed on iOS 13, the iPhone system, and should also arrive soon on WhatsApp.

Google has placed privacy as a major focus on Android 10. In the new system, it is possible to block applications from accessing the device’s location while they are in the background. With this, the user will be able to choose which apps will be able to view the GPS information when they are not running. The topic was also Apple’s priority for the new version of its software, at a time when major technology companies are under pressure to adopt measures that increase the privacy of their consumers. THE TechTudo has a list of six things Google knows about you.

Among the other features present in Android 10, there is also a multitasking function called Bubbles, which allows the use of two applications simultaneously. The novelty is a bet on the trend of smartphones with foldable screens. In addition, the system has a live subtitle feature, which automatically transcribes the audio played on the phone, even in airplane mode. Improvements to «Intelligent Response», background updates and the new «Focus Mode», which disables distracting apps, are also available in the new version.

Check, in the list below, the models that should receive, over the next months, the update for Android 10, according to the website Digital Trends.

NokiaAll Nokia models listed below are confirmed to be updated: