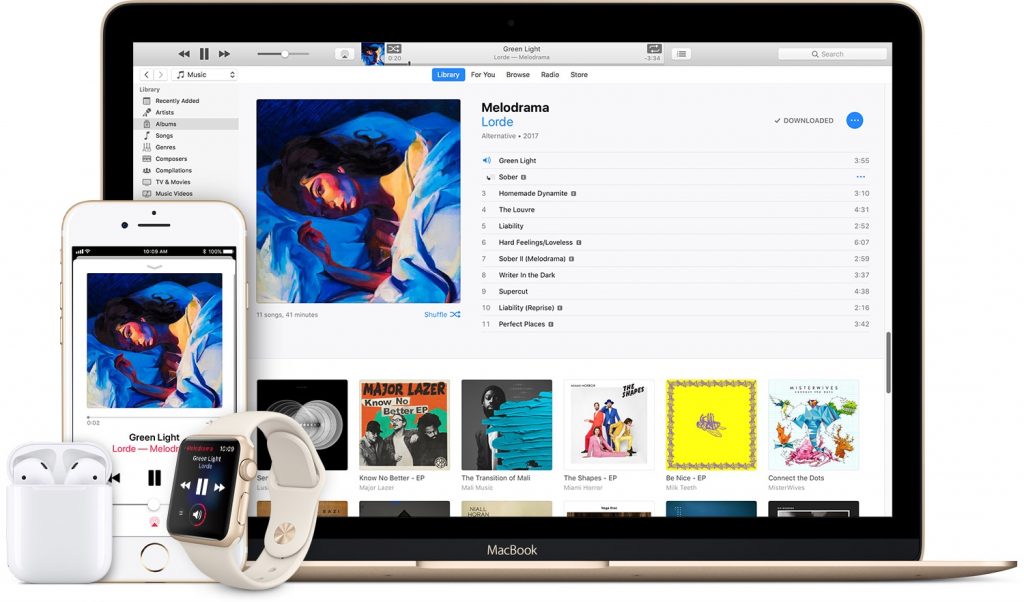 A few days ago, we talked about the Apple Music reached 40 million subscribers and we report on a record of streaming on the company’s platform. In the midst of all this euphoria, the analyst at Macquarie Capital, Ben Schachter, reported to Wall Street Journal that Apple’s music service will continue to grow, on average, 40% per year for next three years!

From that projection, it is possible to estimate that Apple Music would reach 56 million subscribers by the next year; 78 million two years from now; and being able to pass the 100 million users by 2021. Looking at the previous growth of the service, it was used by 10 million people in January 2016, doubled until December of the same year and, in September 2017, already marked 30 million to reach the current 40 million subscribers.

Reflecting the growth of 5% Apple Music against 2% of Spotify, the Cupertino giant’s service will be able to surpass the number of paid users of its biggest competitor in the United States by the middle of this year. In its last public statement, Ma’s competitor service revealed that 71 million paid users; in 2017, it accounted for a total of 159 million active users, so most use the free version supported by advertisements.

Although the numbers (both for current growth and forecasts) are surprising, Apple Music is not the most profitable service for Ma. According to Schachter, royalties that are passed on by the company to the producers and record companies retain a large part of the profit from the reproductions in the service:

O streaming music is not an extremely profitable market due to the royalties that companies should pass to record companies and artists. Schachter estimates that Apple Music receives approximately 15% of the worldwide profit for the service. That number is less than the 24% projected by Spotify for this year. But even if Apple’s profit margin was equivalent to that of its rival in the market, it would remain much lower than the company earns by selling applications made by developers around the world. According to Schachter, the company profits about 90% of the world market with these services.

Still, the analyst’s forecasts put Apple Music as the service that will see the most user support among those offered by Ma, such as iTunes, the App Store, iCloud, Apple Pay and AppleCare.