When Apple launched the iPad Pro, it also took the opportunity to finally make a decent upgrade on the iPad mini after all, the mini 3 didn't bring anything new except for the golden color and the Touch ID. But the iPad Air 2, Apple's hitherto top-of-the-line tablet, remained unchanged.

The analyst Ming-Chi Kuo (from KGI Securities) who had bet on the permanence of Air 2 has now released a note stating that he believes in the arrival of the iPad Air 3 in the first half of 2016. Interestingly, he stated that the future Apple tablet will not have 3D Touch technology, not because of a strategic decision by Ma, but because of issues involving problems in the production line.

This new iPad could be launched at the rumored Apple event that would take place in March in which the company could also present a new iPhone with a 4-inch screen and the second generation of the Apple Watch.

Historically, all the technologies presented on the iPhone have migrated to the iPad at some point. Some, like Apple Pay, were not implemented in their entirety even in the sense of the thing (a little unthinkable to take an iPad Air out of your bag / backpack to make a payment at a store, for example), but in my view it makes no sense to leave the 3D Touch from outside the iPads. I was surprised to see Apple leaving him out of the tablets at the event that launched the iPad Pro and iPad mini 4. At least for me, it would be another surprise (negative) to see a new iPad arriving without the feature.

According to a source AppleInsider (which they say is reliable), Apple has no way of using the same 3D Touch technology present in current iPhones on iPads due to the screen size of the tablets. Therefore, the company would be developing a new technology capable of working on these screens of 7.9, 9.7 and 12.9 inches.

The bad news is that this will not be ready in time to be implemented on the iPad Air 3 or even on the iPhone 7. In other words, we will probably only see iPads with 3D Touch in 2017. 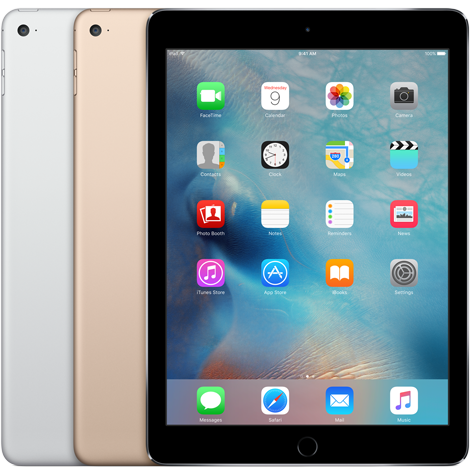