After a long silent period and a promise about the release made a few weeks ago, he finally arrived: Adobe Photoshop for iPad is now available on the App Store!

And this "finally" is really up to you; For those who don't remember, the app was announced over a year ago, in mid-October 2018, and while Adobe is fulfilling its promise to launch it “in 2019”, that was only a little in November. "Broxant". 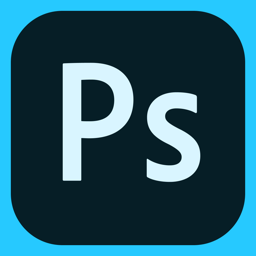 The best thing about Photoshop for iPad is its full compatibility with existing PSD files, and the ability for you to start work on one platform, migrate to another (like the Mac), and then, if you want, return to the first. The total freedom.

This first version, Adobe says, focuses on Photoshop's main compositing and retouching tools in a way that is optimized for the tablet and your Apple Pencil work, of course. The company promises constant updates to improve layers, brushes, masks, selections, etc.

Adobe Photoshop for iPad is available for download from the App Store on a trial 30 days free, and then your monthly charge costs $ 40.90 obviously, for those who are not already a subscriber of the Creative Cloud (CC). It requires iPadOS 13.1 or later running on an iPad Pro (any generation), fifth generation iPad, iPad mini 4 or iPad Air 2.

For iPhones users, the option remains the Photoshop Express.