Remember when I mentioned a Notion Ink tablet being produced with Pixel Qi screens? It's been a long time! More than six months later, the product changed its name: instead of "Smartpad", it is called "Adam" and should be followed by an "Eve", but it will be much later if Adam dozes and loses a rib. 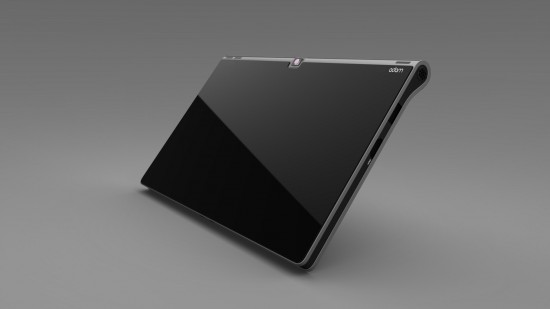 What do you see above the new design of the tablet of Notion Ink, which should reach the market costing $ 500, with a rotating camera, Wi-Fi, 3G, GPS and support for Unreal Engine (entitled to NVIDIA games that still do not exist), in addition to the wonderful Pixel Qi screen technology. Unfortunately we do not have more details, but it seems that from external ports only a mini-USB is left for updating firmware and support.

For those who want to save a little more, it is possible to exchange the screen for a conventional LCD display and eliminate the 3G radio, which makes the gadget go for just $ 400. The operating system will be Android, but it is not yet known which version of it is the prospect of Notion Ink creating a fully customized interface in the depe in favor.

In the video below you can see the demonstration of a prototype of Adam, with the right to partial disassembly of the gadget:

Adam should be sent for approval by the FCC in November, which opens up the possibility of reaching the US market in January next year during CES 2011. However, given the brutal changes and the delay the project has already suffered, I I believe that the most accurate date for Adam’s arrival is February 31st, afternoon. If this product does not join the Courier, it will go to the KIN, at best.

A pity: it looked so good, in theory. And I still don't see Pixel Qi screens on the market. I don't know what your opinion is, but it looks like the iPad really destroyed the tablet market. : – /