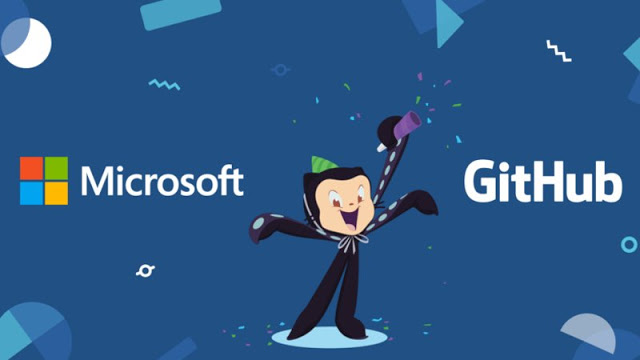 Microsoft and GitHub announced that, by mutual agreement, the company now owns one of the most popular software repository services that exists belongs to the «Redmond Giant». Making Microsoft a more influential company and closer to developers.

There are people who like catastrophism, and I must admit, it must generate a lot of clicks to put some “apocalyptic titles” around, I can’t blame them, but I usually have a more conservative way of working when “bombastic” news like this comes up.

That is the reason, even, that I am writing this text several hours (days in fact) after what happened.

The past has shown me that generally “the excited ones” can end up being wrong if they don’t sound neutral. That is why, after the purchase was confirmed, of people having revolted, of others having celebrated; what conclusion did i come to on the subject?

It was 7.5 billion dollars, definitely money that we are not used to seeing in our daily lives, outside of big business, or big cases of corruption. But why would Microsoft be willing to pay that amount for GitHub?

– For more information about the Purchase News, I recommend reading the text of my friend Mariana Barbosa.

Listening to people (it is always good to hear) with different opinions, talking to friends, something seems clear to me: Microsoft does not seem to be the same company in the past, not in the sense of wanting to “just make a profit”, but it is a company that had to relearn to put yourself on the market.

Currently information is worth more than any traditional product, information is the product! Google is one of the largest in the world not only for its quality products, but for what they generate: Knowledge about you and me.

Microsoft is moving from being just a software producer, as it once was, to being a service provider, and nothing like getting to know your customer, right?

«Nowadays the product is the service and not the product.» It’s weird to talk like that, but that’s it.

Microsoft owns many more companies and services than you might think, but let’s look at just two. LinkedIn and GitHub.

The combination of both allows Microsoft to access an immense database of what companies are needing and what technologies people are most using, to put it simply.

With this kind of knowledge it is much easier to create products to meet growing demands, often without using Windows directly, as is the case with Azure and Azure Sphere OS.

Microsoft is committed to offering technology to its customers, meeting their demands. If to do this, she will have to stop using Windows in all the solutions she offers or open the code of her applications (as she has done with several), so be it. It seems that it is a «price» that they are willing to pay.

Did the Open Source model win?

I remember the time when it was said that Microsoft was «the number one enemy of open source projects». This was said to be one of the pioneers and largest companies to distribute closed-source software, in addition, in other times, its leaders made harsh speeches against the Open Source, Free Software, Linux, etc. movement. In the heart of the hurt, it may remain latent. It is certainly a useless feeling, but it still leaves people with one (or even two) feet behind. Which, in any case, is not all bad either.

I have always seen in some free software communities that the greatest “fun” was having a common enemy against whom to fight. The “hatred” of something often brings people together more than having things in common, however stupid it may seem. People who have many differences but hate something in common end up coming together, again, this is a historical lesson.

In the middle of 2018, I see a Microsoft that is surrendering to what the Open Source community has always tried to fight for.

Note: to continue to be successful in your business, it is Microsoft that is having to get closer to Linux and the world of open software, developers and hackers, and not the other way around.

If the objective was to make Microsoft no longer “that proprietary monster”, it seems that we are finally in the middle of this process. There are many companies that work with Open Source software, that work with Linux, that are much more closed than Microsoft, the big issue is that with MS, everything has a larger scale because of its name and because of the size of the company. company.

The purchase of GitHub by the “Nadella gang” ended up generating a stampede by some developers for a competitor with growing popularity, GitLab. Both tools seek to offer the same type of service, each with its own particularities.

The ironic side of this change is that GitLab (which apparently intends to migrate to the services of another giant, Google) currently still runs on Microsoft’s Azure: 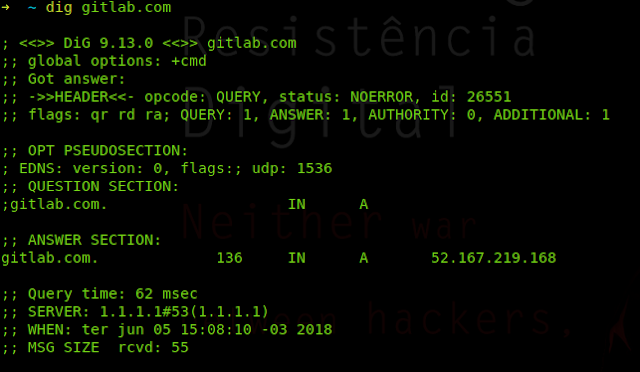 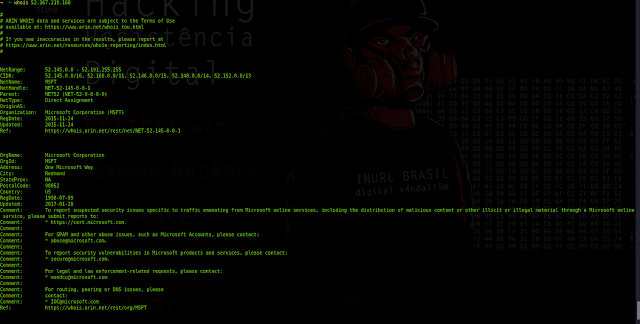 More ironic than that is only the people who are complaining about buying GitHub on LinkedIn.

These kind of choices are personal, of course, if you don’t like something and there are alternatives, you can feel free to change. But today I invite you who have been “trained to hate” Microsoft to reflect on the matter and try to understand why that is.

Wasn’t it the change in attitude of the company that everyone wanted? Isn’t this what is happening right now on some level?

Something I think is extremely important to emphasize is that big companies like this tend to reflect the attitude of their leaders.

It wasn’t Microsoft that hated Linux or Free Software, it was Steve Ballmer. His reasons for thinking like this are obscure, maybe he developed as a professional, understanding only one way of working, and free software was hindering his narrow view of things.

Nadella on the other hand is created in the middle of the Open Source world and took his vision to Microsoft, after its arrival we can say that the company has learned to put itself back in the lucrative market, with cloud services, internet of things and even services for mobile devices.

As much as Windows, Office and XBox are more «visible» products for people, and they obviously generate revenue for the company, the «gold mine» is in the infrastructure.

You may have heard of IBM, right? Look around you today and see how many things with the “IBM” brand you have around you. Probably not many, if any. However, even today, IBM is one of the largest companies in the world in the technology market, precisely because it has been operating for so many years and has focused on this market that Microsoft is “crazily” trying to get a slice.

Instead of continuing to spend millions to make Windows Phone work as a new platform, they created an ecosystem for Android with Microsoft solutions instead of Google solutions, because in the end they don’t want Windows to necessarily be the platform for people, they want people to use their products, whatever.

An example that the “boss” mentality can influence how we see the company from the outside, but that does not change the people who are part of it is that: Imagine that you are the owner of a company, and you comment publicly and with everyone your employees that “blue is a horrible color, you hate blue, blue spoils the world, blue is the cancer of the community.”

It is natural for outsiders to think that your entire company thinks “Blue sucks”, when in fact each employee has their own view on it and who really hates blue is you, for whatever reason .

For me, a company is made up of people, even though the leader is there to represent them in some way, the relationships between thoughts and actions go far beyond that. You just have to have your own company to find out or see if you agree with your boss’s opinions on everything.

What can happen to GitHub in the future?

You can hear people speculating as much as you like, but the truth is that none of them really knows what’s going to happen.

Okay, there may be speculations based on past actions, they are justified assumptions, but at no time in the past did Microsoft, which bought companies, have the attitude that this current company has.

For me, LinkedIn, for example, only improved after the arrival of Microsoft, we finally have a version of Skype for Linux that leaves nothing to be desired in relation to the Windows and macOS version, but even the company’s recent good deeds are no guarantee of that she is not going to do something that will make GitHub less interesting in the future.

I know it’s hard for you (human being) to admit that you don’t know something and live with it without filling in the gaps with your imagination, but try to be honest.

Apart from your personal taste (which must be respected), is there any change in GitHub that has made it unfeasible, compromised or caused some technical discomfort for you to remove your repository from there?

You can make the decision based on emotion and make any changes, or wait, analyze the situation and if it really gets bad, leave. Nothing will stop you.

We have to stop using our emotions to think and start thinking about our emotions. When you put your repository there on GitHub I imagine you were aware that it was a company and that it could be sold to anyone who could afford it.

As much as it may be configured as a «herd effect», an indication that «something wrong would be happening» with the service, it would be when big projects started to disband from there, because literally all the big technology companies that work with Open Source maintain some code there, including the Linux Kernel.

Changing because there is something better or that will serve you better is a good reason for shedding energy, the rest is, as they say today, pure “mimimi”. If Google had made the purchase, would the reaction of the complainer be the same? What if it was Red Hat?

Believe me, there are people who hate each of these companies as much as others hate Windows or Microsoft.

But do you get what even if you hate something? ?