Choosing the Linux distro is an important moment, right after you have decided to migrate from the operating system in search of the most stability, beauty, customization and security when choosing which system to do your day to day tasks.

Which distro to choose?

A while ago we wrote an article addressing this subject pointing out some distros that might be suitable for those who are starting out on "Penguin" and today let's jiggle pointing out 3 good reasons for choosing Linux Mint. I would like to say that I love Unity and Ubuntu, but I see Linux Mint as a great gateway for newbies.

Linux Mint uses Cinnamon as a graphical interface, a very practical, beautiful and familiar environment, especially for those coming from Windows (most users). 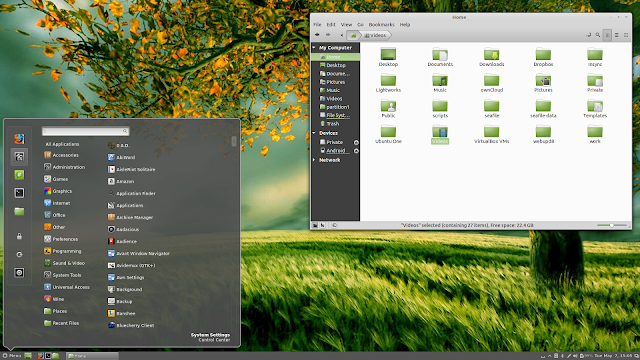 Even the system shortcuts and the menu itself somewhat resembles Windows usability, Nemo brings good options to the file manager, right-hand window control buttons and lower-level taskbar, all to soften the system. impact.

One of the most positive points of the distribution is that it comes ready to use, the best Out Of Box style.

Of course, each user has their own specific needs, but Linux Mint comes with a suitable program for every function in the operating system, including codecs and java, so the main concern of a normal user is to customize the system to their liking.

The system software center guarantees a good range of programs, even more varied than those in the Ubuntu program center by adding repositories like Opera and Skype that are not standard on Canonical distribution.

3 – Solid base and accessible applications

There is no denying that Ubuntu is the reference distribution in the Linux world, so many applications, games and features are developed first for Canonical's system, Linux Mint hitchhiking and has full compatibility with these features, very easy to install. Steam for Linux, Google Chrome, and other applications and games for Ubuntu compatibility.

Linux Mint also releases LTS versions like Ubuntu, thus having a long support time for certain versions, another note that non-LTS versions are released almost always a month after the official Ubuntu release on which Mint is based, time enough for the traditional bug fixes that always appear in the first few weeks of release to occur.

So how about spreading this article around and tagging your friends to point out a good distro to begin their happy journey in the Linux world?