If you are an account holder Bank of Brazil and already like his iOS app, know that things will get (well) better soon. And no wonder: according to information obtained by the MacMagazine, today at BB more transactions are made via mobile than over the internet.

We had preliminary access to a new version of the BB application for iOS, scheduled to be launched in January. And we really like what we saw, since a significant update is long awaited.

The screenshots above already show a good part of the main news: a totally new look, not only adapted to iOS 7/8 but also already optimized for the iPhones 6 and 6 Plus; Touch ID support for login; more miscellaneous notifications; simplified navigation and reformulation in the ?Minha Pgina? tab, making it easier to access the information most used by the client, such as balance and future launches.

Another good news of the new version is that it will be universal, compatible with both iPads and iPhones / iPods touch. And, even with a few weeks left for its launch, the app is already very well developed, with few edges to be trimmed.

While the new version does not come out, here are the current ones: 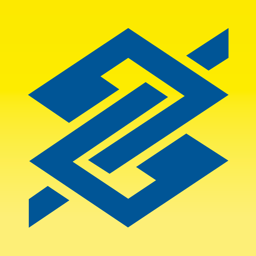