If you've already been to settings Trackpad in OS X System Preferences, you may have noticed that, with a three finger touch, you can get word definitions. 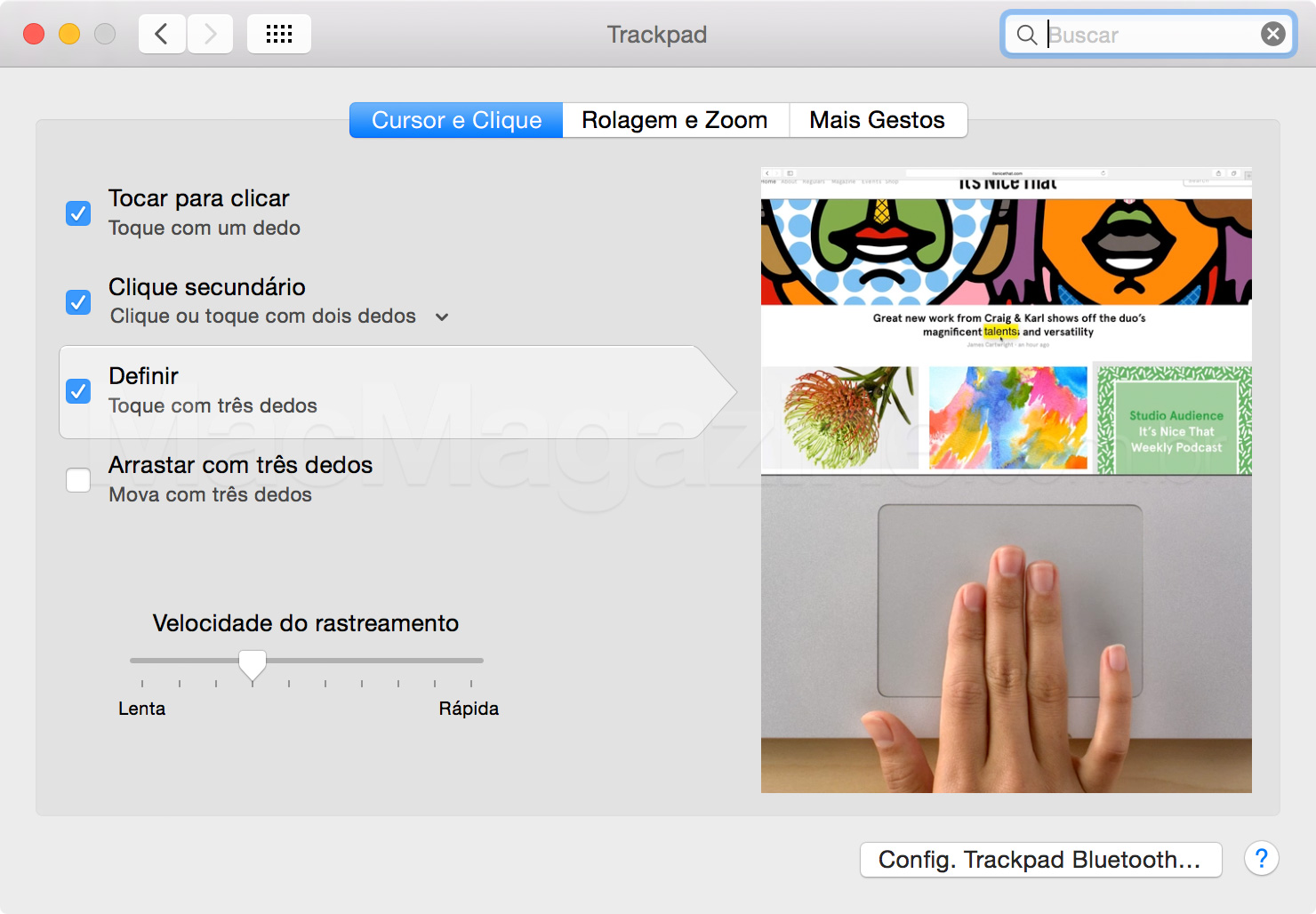 The feature works in almost any application on the Mac. Just place the mouse cursor over a word and tap with three fingers to get definitions (including in Portuguese).

But there is another feature that works the same way within Safari, that few of you should know about. If you touch with three fingers over a link, the browser opens a kind of popover with a preview of the page in question.

In this floating window, you can even use the scroll to see the rest of the content.

This same feature originally implemented in OS X Yosemite 10.10.3 works on Mail and in posts OS X, which can be very useful for some people. Of course, to use it you need to have a recent MacBook (Air / Pro) or Magic Trackpad.

As some readers pointed out in the comments, in the last MacBooks already equipped with the trackpad Force Touch just press harder on the trackpad (with just one finger, even) and the popover preview link is opened.