Right away, one could imagine that this extra weight comes from the reinforced housing by Apple to eliminate #bendgate once and for all. But that had already been eliminated from the equation, after all, the aluminum structure (now of the 7000 series, like the Apple Watch Sport) itself is even slightly lighter than the previous one.

This chart explains the thing well: 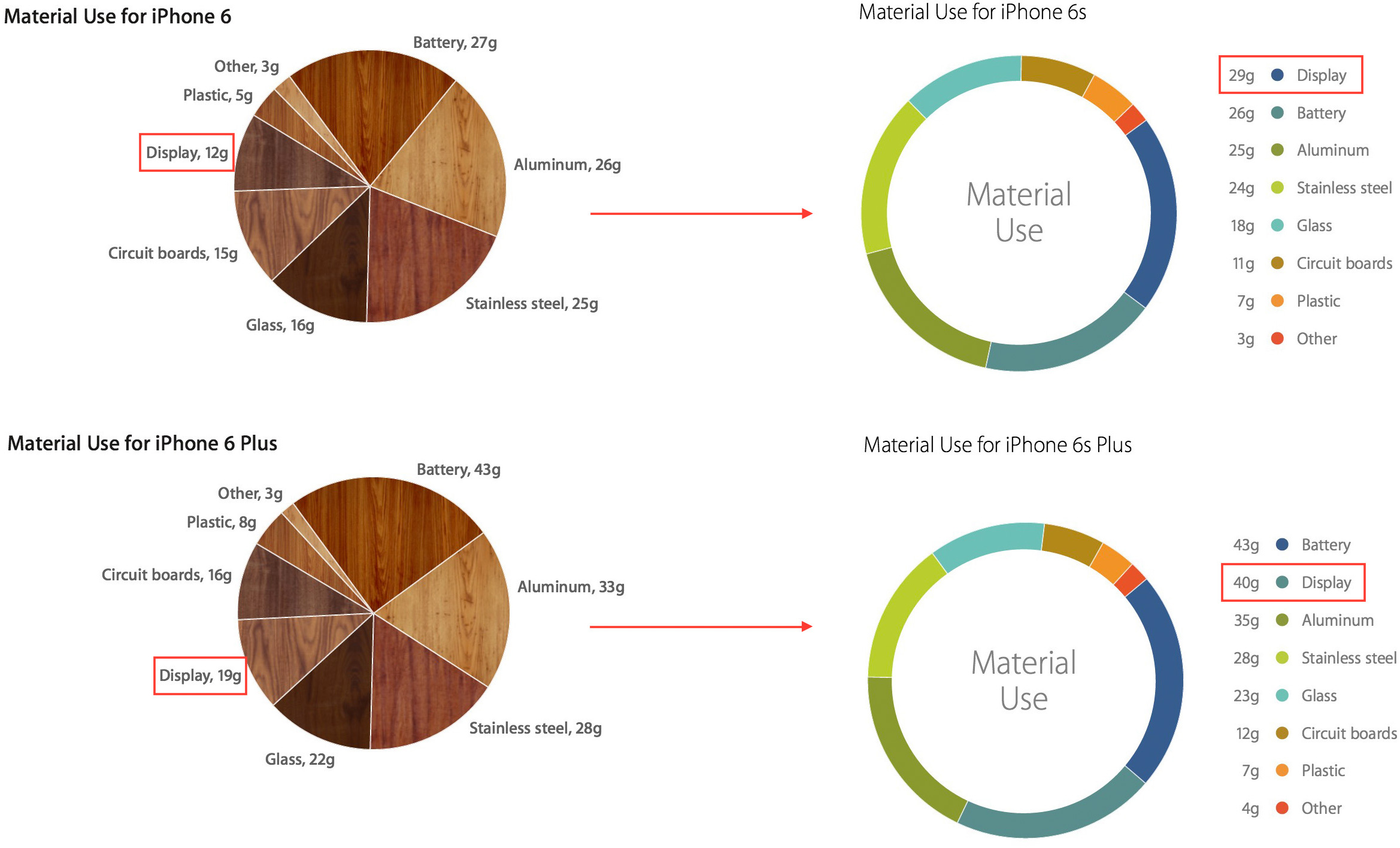 No wonder that Apple didn't even mention it, in the keynote

(via The Verge, iClarified)