Recently, the Google gave a good makeover in the service Schedule (Calendar), which now has visualized programming, automatic addition of events that are in Gmail, new views and more. The company released an official Android app and promised one for iOS soon. It seems that he is coming, as we can see in these screenshots released by The Next Web. Apparently, Google wants to give the user the option to exchange all native iOS apps for an equivalent, developed by them. 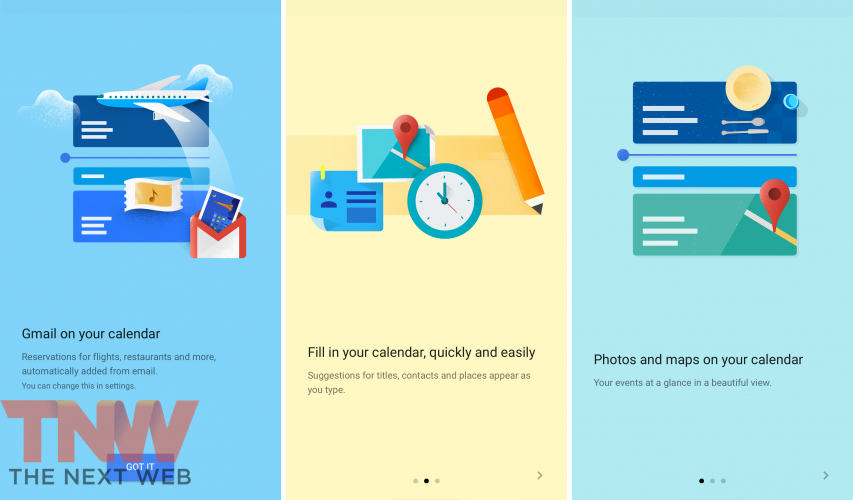