Huawei has confirmed that its Huawei Sound X smart speaker will soon arrive in Brazil. Developed in partnership with the French audio company Devialet, it was launched in China last November. The arrival of the device was confirmed with a photo published by the company's Instagram account during the last weekend.

Huawei's smart speaker has a cylindrical design somewhat reminiscent of Apple's HomePod, 203mm high, 165mm in diameter and weighs around 3.5kg. The controls located at the top are touch sensitive and exhibit a rainbow effect that changes according to the music currently playing or when the digital assistant is in use. 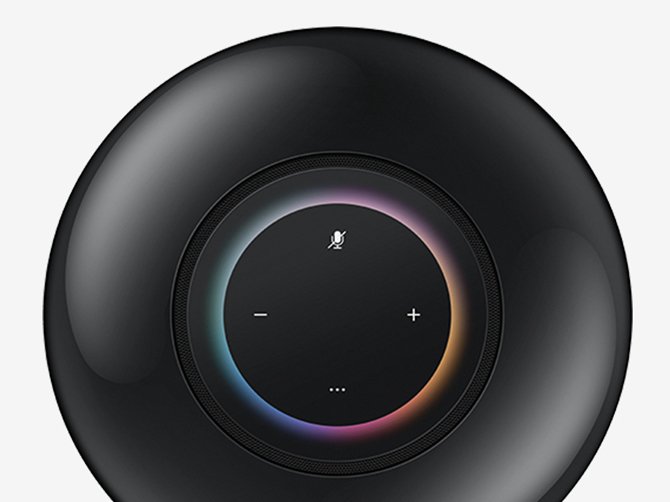 Huawei Sound X comes equipped with two 3.5 inch subwoofers offering a total power of 60W, maximum amplitude up to 20mm and uses Devialet's SAM (Speaker Active Matching) technology to adapt the sound to the characteristics of the speakers to offer high fidelity audio. The bass can reach a frequency of up to 40Hz.

Huawei's smart speaker has a sound intensity of 93 decibis. Devialet's Acoustic Push-Push design used by the device helps prevent distortion of audio even at higher volumes. With this design, each of the two symmetrical subwoofers cancels out the vibrations of the other.

The device comes with six evenly distributed tweeters that use Huawei's sound algorithm to offer high quality 360 degree surround. According to the company, each of the six tweeters was individually designed to optimize the sound. Together the six increase the frequency to up to 40kHz.

Other features of the Huawei Sound X smart speaker include six microphones that can pick up the user's voice up to 5 meters away, support for NFC (Near-field communication), which allows users with smartphones with this technology to play music on the company speaker, support for Wi-Fi 5 and support for Bluetooth 5.0. The device also comes equipped with a MediaTek MT8518 processor with four cores and clocked at 1.5GHz, 512MB of RAM, and 8GB of storage capacity.

Huawei's Instagram post don't mention exactly when the Sound X smart speaker will be launched in Brazil and not even its price. In the United States it can be found for just over $ 280.