Originally announced in October 2019 and scheduled for release later this year, the Microsoft Surface Earbuds wireless headset will finally be available from next May 12, 2020. It is already on pre-order in the United States for $ 199.99.

According to Microsoft, a highlight of Surface Earbuds is the integration with Microsoft 365 (ex-Office 365). This integration with Office applications allows users to dictate words for Word and Outlook, control PowerPoint slide shows and more.

When paired with an Android device, Microsoft's new wireless headset offers deeper control than Spotify. With this you can instantly play songs from the app by tapping the right or left phone. The headset is compatible with Windows, Android and also iOS.

Headphone is currently on sale in the United States for $ 249.99

Microsoft promises 24 hours of battery life for its new headset. This is possible thanks to the case includes an integrated battery that can recharge the phone twice from 0 to 100%. With a single charge, the phone's battery life is 8 hours.

Other details about Microsoft Surface Earbuds include IPX4 certification for water resistance, two microphones in each headset, 13.6mm diameter speaker in each headset, Bluetooth connectivity, support for SBC and aptX audio codecs, and fast connection other devices in the Surface line via Swift Pair. It also comes with a USB Type-A to USB Type-C cable. 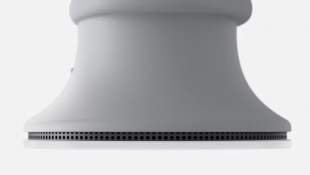