Will the hardware of the new Apple desktops be faster in all aspects? Well, the first benchmarks comparing the new iMac with the old models did not result in strong changes on the part of its processor – in fact, it is even lower than the April 2008 model in some cases. Today, however, Prime Labs has completed benchmark tests with the new Mac mini and, although the differences are not so great, it is the fastest one released today. 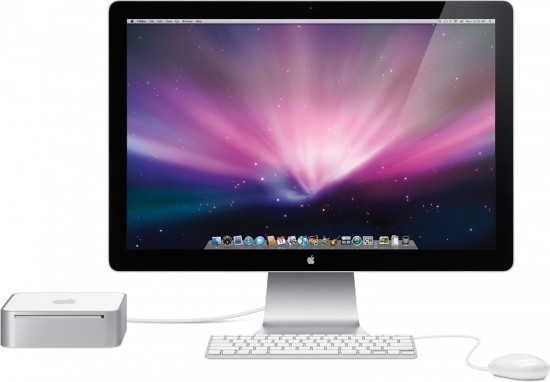 The test results, obtained through the Geekbench, were compared with different old models. For those who do not know how this test application works, it assigns a standard grade (1,000 points, calculated based on a 1.6 GHz Power Mac G5) and compares this grade with that obtained by the system being tested. Depending on his score, Geekbench classifies the data accordingly, from the best to the worst. In the case of Mac mini, the general comparison between the versions looks like this:

As you can see above, the new machine reached 2,768 points in the Geekbench, which is a considerably good number for the test, but not much better than the current model (only 7% higher). in the case of the new iMac, whose processor upgrade did not produce such relevant results as to justify the purchase.

However, testing with Geekbench does not take into account the performance of the video card. In the case of new Apple desktops, the main change was the adoption of enhanced GPUs at NVIDIA. In the case of the Mac mini, the change from Intel's integrated graphics has brought five times greater performance in intense tasks, such as games or editions in iMovie. It also contributes to relieve pressure on the machine's memory, even though it still exists due to the integrated graphics card. In the case of the new iMac, the performance difference is up to six times greater (!) With the ATI Radeon 4870 GPU, the new high-end of the iMac. However, even with the basic GPU (NVIDIA GeForce 9400M), it is possible to see improvements in graphical performance (2.3 times higher, according to Apple).

In my opinion, these releases complement the preparation of the Mac line for Mac OS X Snow Leopard. What promised by Apple for its new system can be used by anyone who purchases one of these new machines. However, it is good to remember that 2009 is still starting?