TeamGroup announced on Tuesday the launch of its new T-Force Spark RGB pendrive and the Elite SDXC memory card. As the name already indicates, the pendrive has RGB lighting and can be used on computers and video game consoles, such as the PlayStation 4, PlayStation 3, Xbox One and Xbox 360.

Devices are expected to hit the market soon, but have not revealed prices

A highlight of the pendrive is its intelligent capacity indicator. When connected to a PC, the displayed color may differ depending on the capacity used: less than 80% – blue; between 81% and 92% – yellow; above 93% – red. So just a quick look is enough to see if the flash drive is almost full: 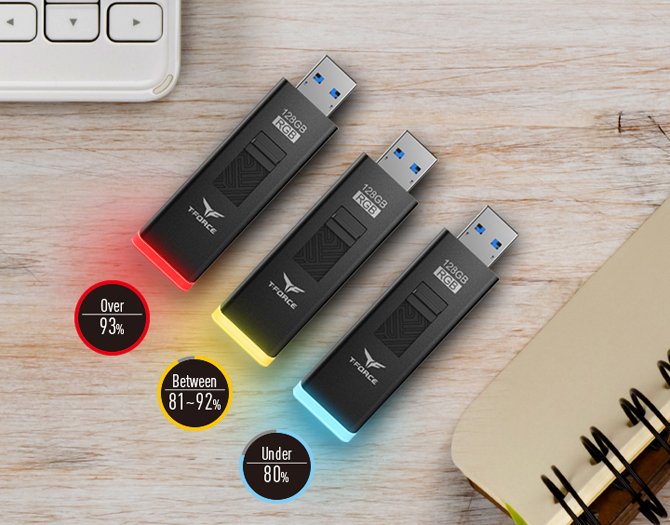 TeamGroup confirmed that the pendrive is now available in the United States for $ 25 and more information about it can be found on here. 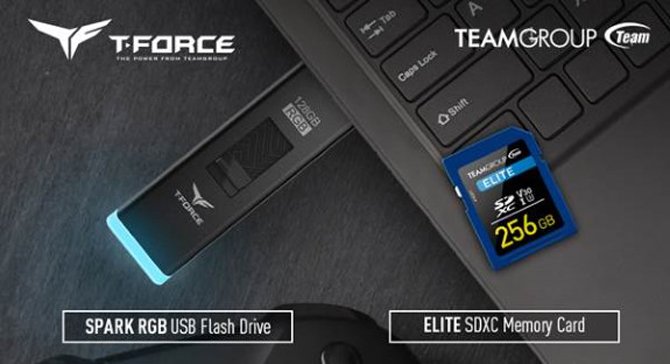 The Elite SDXC memory card has UHS-I U3 V30 certification and is a good option for recording videos in 4K (Ultra HD) and for taking photos with DSLR cameras. This model has 64GB, 128GB and 256GB of storage capacity, supports the FAT32 and exFAT file systems, and offers read and write speeds of up to 90MB / s and 45MB / s, respectively.